Tonight I had the privilege of being entertained by the Chief Royal Engineer, Lt Gen Tyrone Urch CBE and his Officers at the Royal Engineers Headquarters Officers' Mess, Brompton Barracks.

On arrival I was shown to my quarters, which was a beautifully appointed room in the Officers' Mess, good enough to rival any hotel room in which I have stayed! At 18:25hrs sharp I was escorted to pre-dinner drinks in the Brompton Auditorium, hosted by Brigadier Peter Rowell MBE, Commandant of the Royal School of Military Engineering, where I met fellow guests and Senior Officers from the Corps. We had time for introductions and I was pleased to meet and get to know some wonderful people here. At 19:15hrs we were all escorted to the mess for more drinks before being seated for an excellent 4 course silver service meal accompanied by fine wines. 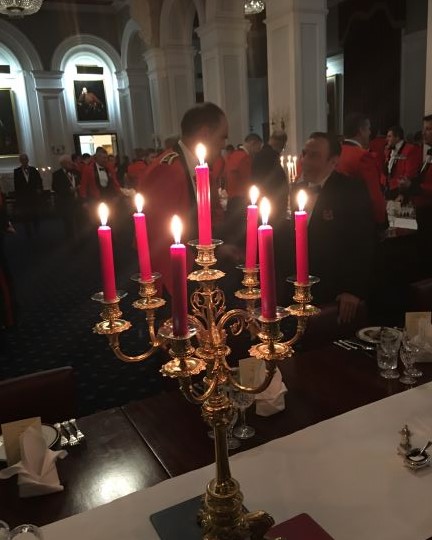 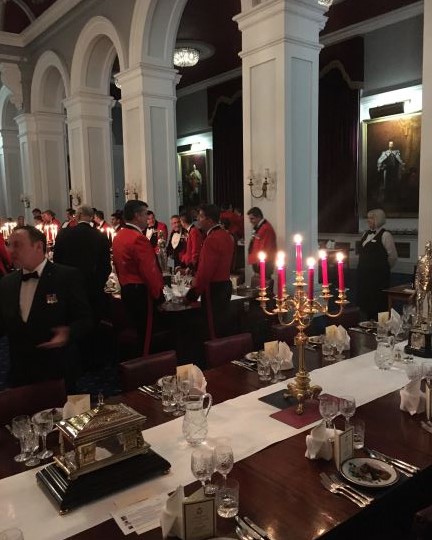 Toasts were made to the Queen and the Heads of State of those represented at the meal. Music was provided by the Countess of Wessex's String Orchestra throughout the evening, which was quite  delightful.

Nearing the end of the proceedings all the Royal Engineer Officers stood and sang the  Corps song, "Hurrah for the CRE", an amusing piece which includes many "oolum das", "ooshta ooshta ooshtas" and "ah ah ahs"!

To mark the end of the proceedings the Chief Royal Engineer led the guests to the ante-room for after dinner drinks and further conversation. 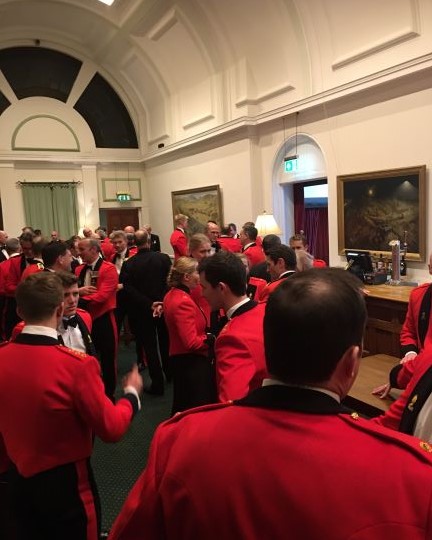 This was a truly inspiring and memorable occasion where we were able to celebrate the wonderful achievements of the Royal Engineers and have the privilege of sharing in their wonderful camaraderie. 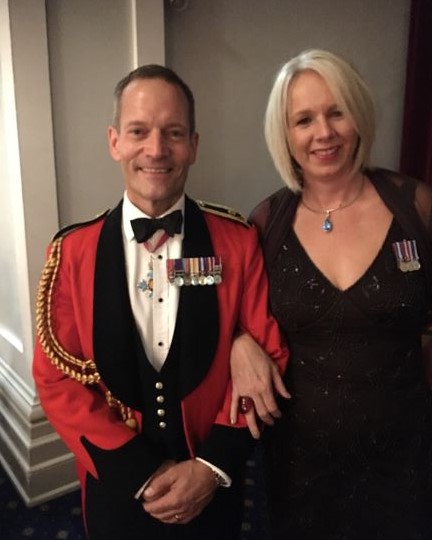