This morning Maureen and I were privileged to attend the opening of the Annual Garden of Remembrance at St. Paul's Cathedral in the presence of the Right Honourable the Lord Mayor and Sheriffs. 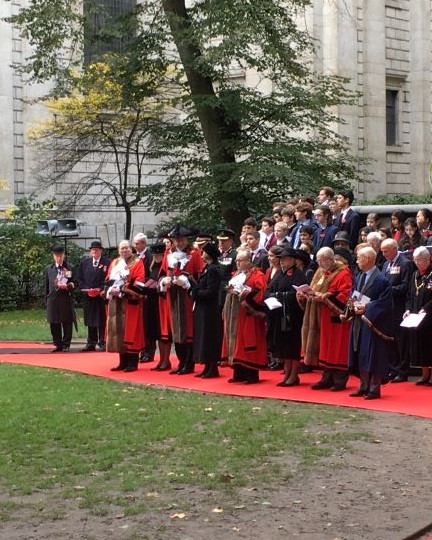 The proceedings commenced with the arrival of the Military Band of Welsh Guards and the Parade of Standards, a magnificent sight. An open air Service of Remembrance followed, conducted by the Very Reverend Dr David Ison, Dean of St Paul's. The choirs of the City of London School and the City of London School for Girls sang beautifully along with the whole congregation, hymns that could be heard all around the St. Paul's Cathedral surrounds. 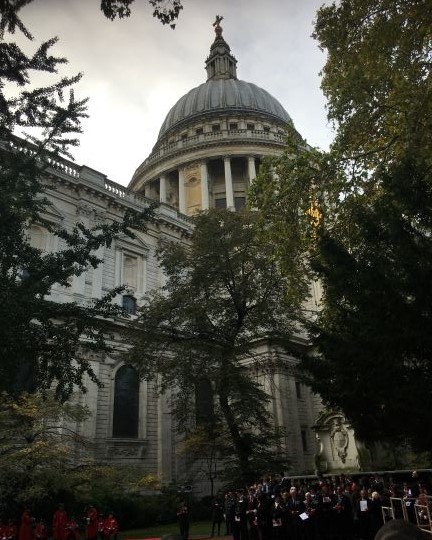 Then came the highlight of the service, the Exhortation, the Last Post and the Two Minutes Silence. This was followed by the planting of crosses by everyone present while the choirs sang "Be still my soul" accompanied by the Band of the Welsh Guards. When it came to the turn of the Masters of the Livery Companies to plant their crosses, we were all directed masterfully by the Regimental Sergeant Major. 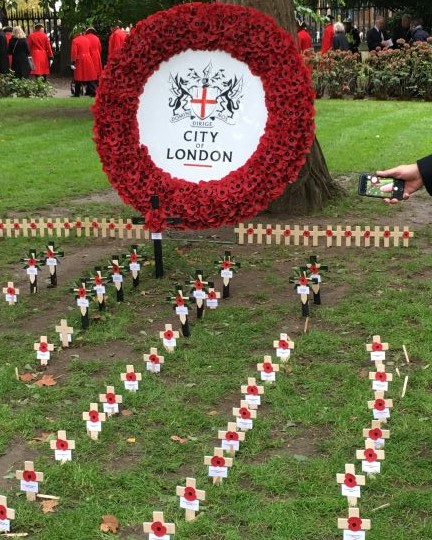 This was an uplifting Service of Remembrance in the recognition of the service and sacrifice of the Armed Forces community and their unique contribution in safeguarding our freedoms and values, truly inspiring.