Following the meetings of the Finance and Communications Committees I met up with Maureen and we made our way to the In and Out Naval and Military Club to join the Royal British Legion at a special event hosted by their new National President, Lt General James Bashall CB CBE. 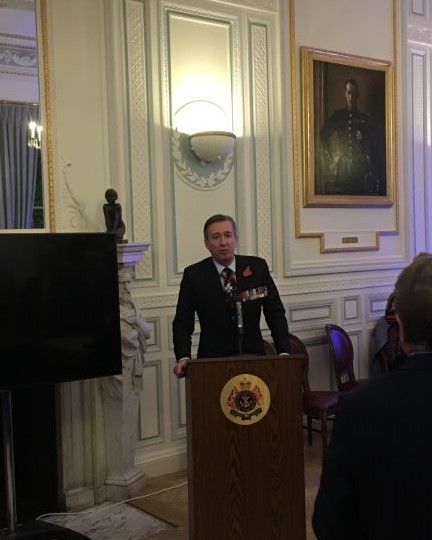 We were warmly welcomed by staff of the Royal British Legion who gave us very interesting information about the work of the Legion, including showing us a poignant film about the work which moved everyone deeply. For almost 100 years the Legion has been a constant presence, championing the unique contribution of the Armed Forces community, providing life changing support and ensuring that the sacrifice and service of those who have gone before is honoured and remembered. 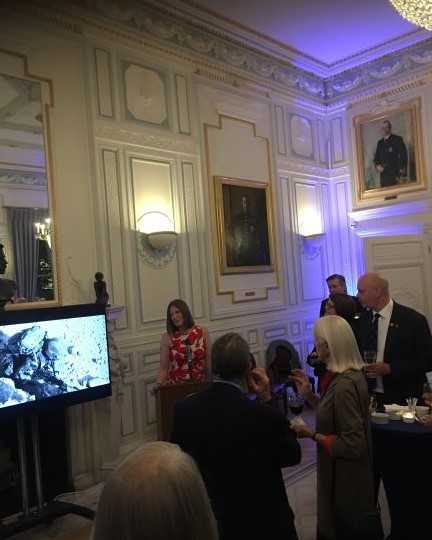 Lt General Bashall, who has had a distinguished 34 year career, gave a talk about the Legion's strategic objectives and then introduced an amazing war veteran who had been on the HMS Sheffield during the Falklands War. He gave an extremely moving speech about his time in the forces and how he had been chatting to many friends below decks just moments before the Argentinian Exocet missile hit the ship.killing them all. He talked very openly about the mental health problems he and his colleagues have suffered over the years, and was full of praise for the wonderful work of the Royal British Legion in helping so many people like himself. 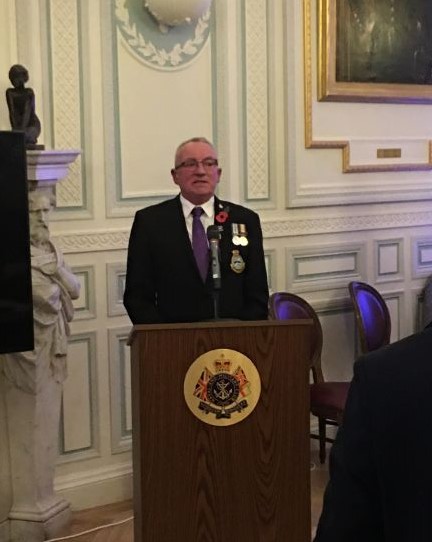 Maureen and I felt very privileged to be at this important and significant event.