Today it was the turn of the Plaisterers' Company to showcase their wonderful students who have reached high levels of achievement in plastering and drylining, along with their tutors and colleges. The awards ceremony was held in the most appropriate setting of Plaisterers' Hall, with its décor throughout of the neoclassical style created by Robert Adam in the 18th century. His various designs have been faithfully reproduced in great detail both on plaster and wood, some being taken from his original moulds. 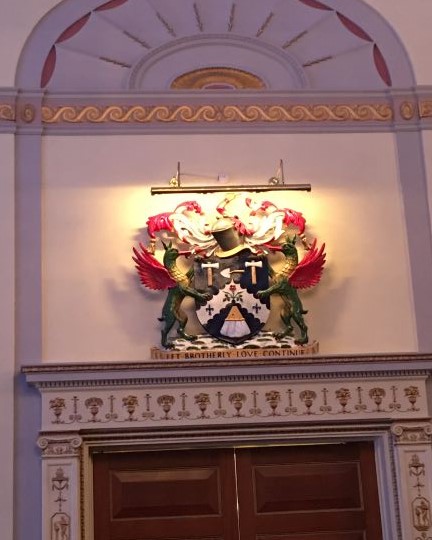 Following a wonderful champagne reception, at which I met and talked to many members of the Worshipful Company of Plaisterers, as well as our own Liveryman Bob Howard MBE who was an invited guest, we were led into the Hall for a delicious luncheon. We started with gravadlax of salmon, followed by braised beef cheek with the trimmings and a dessert of apple and cinnamon mousse with baked apple terrine, all accompanied by fine wines.

It was wonderful to see the Right Honourable The Lord Mayor, Alderman William Russell present to make the awards today. The Master, Alderman Alison Gowman proposed the Loyal Toast and the Toast to the Lord Mayor.

We all had a wonderful surprise when we heard the voice of the awards compère, Alan Dedicoat. The name did not mean anything to most of us, but the voice certainly did as it was the voice of the "Lottery" and "Strictly Come Dancing" announcer, very familiar to most people attending. The awards ceremony was wonderful, with music and full of razzmatazz, a true showbiz event. It was very pleasing to see the award winners so happily accepting their much deserved accolades. 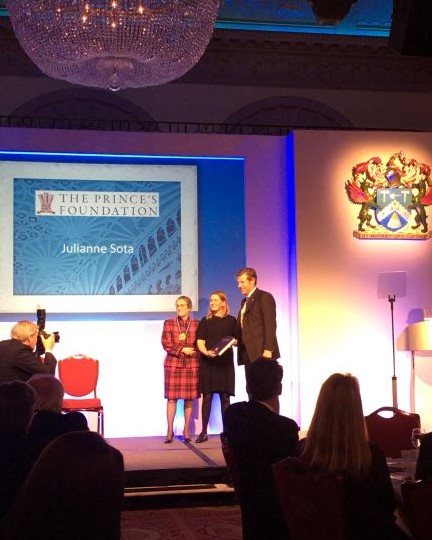 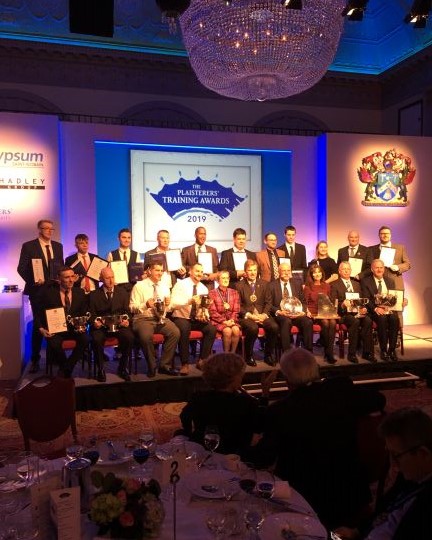 I was most impressed by this awards ceremony and felt privileged to have been invited to take part.