Today Maureen and I attended the mysteriously titled event “A is for Arsenic: the Poisons of Agatha Christie” which was hosted by The Mistress Apothecary. The event was held in the wonderful ancient Apothecaries’ Hall, the oldest extant livery hall in the City of London.

We were welcomed with a glass of bubbly and were given the opportunity to mingle with the other guests during which time we were all allocated to our tables which were, unusually, not numbered, but identified by names of different poisons! Maureen and I were allocated to Morphine table, adjacent to Strychnine, Digitalis and Arsenic! There were small bottles of pills on our tables and some strategically placed chocolates, which nobody dared touch.

All was revealed when our guest speaker was introduced to us – Kathryn Harkup, the author of the book entitled “A is for Arsenic: the poisons of Agatha Christie”. Kathryn gave a fascinating talk about Agatha Christie's life and writings. She had worked as a pharmacy assistant at University College Hospital, London, during the second world war, acquiring a good knowledge of poisons which feature in many of her novels. The audience picked up many tips about various poisons and their horrible effects on the human body, possibly not the best way to tempt the appetite before lunch! 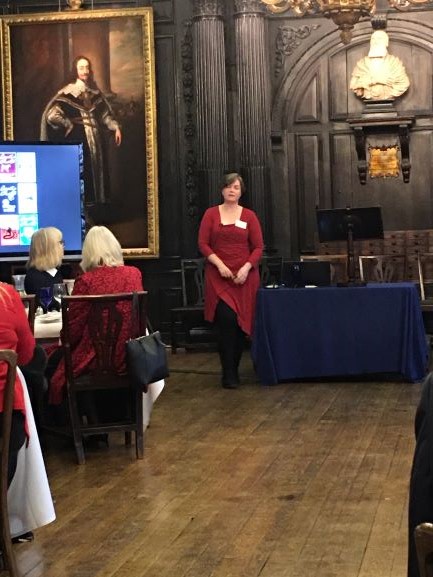 Following the interesting talk and questions, we had an excellent luncheon of smoked haddock and spinach florentine with poached hen's egg, chargrilled aubergine paupiettes with puy lentils and rainbow brassica, followed by coffee and petit fours. The food was delicious, but we ate with some trepidation as we found notes scattered about, taken from Agatha Christie's books, such as "Don't eat the Plum Pudding, as one who wishes you well!". To add to the fun of the day each table had a quiz about various poisons to complete and I am happy to report that Morphine Table came a very close second place. 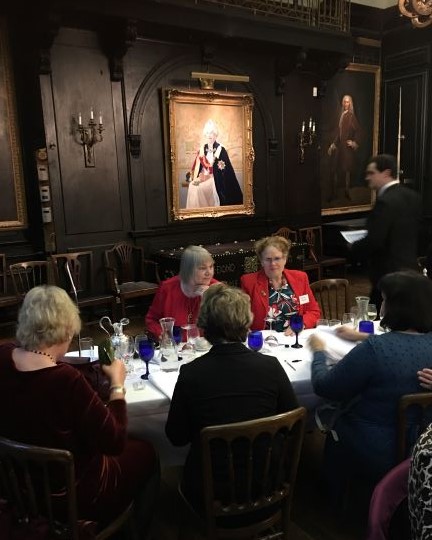 The luncheon was organised to raise money for the Master Apothecary's Fund which supports medical students throughout the UK who are in danger of dropping out of their courses due to extreme financial hardship, a very worthy cause.

We all had a wonderful time at this event and Mistress Apothecary closed proceedings by thanking everyone for attending and paying particular thanks to Kathryn Harkup for her fascinating talk about poisons.