This evening I was invited by the Chief Royal Engineer, Lieutenant General Tyrone Urch CBE, to the Royal Engineers Excellence Awards Dinner at the Institution of Civil Engineers. These awards demonstrate the extent to which Royal Engineers offer the best in engineering expertise, academic excellence, individual endeavour, trade craft and operational success. 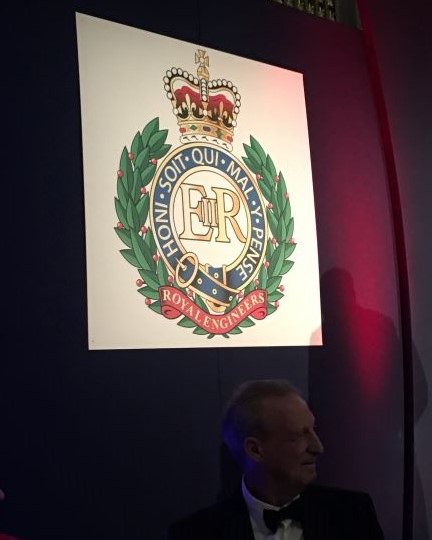 I was welcomed by the Lieutenant General and introduced to other members of the Corps, some of whom I had met at Brompton Barracks at a previous event, so it was really nice to catch up with them. Two of the special guests this evening were Julian Fellowes and his wife, Lady Emma Kitchener LVO, the great-great-niece of Lord Kitchener. 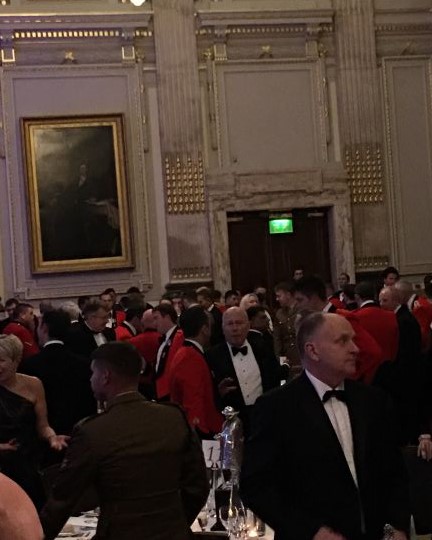 Following the reception we marched in to the Great Hall for dinner and the awards ceremony. I was sitting on a table with current serving and retired Royal Engineers who all made me feel very welcome indeed. The evening was very cleverly designed as we had a short break after each course at which several awards were announced. We dined on asparagus wrapped parma ham with a warm poached egg, followed by roast rump of lamb and a selection of canapé desserts, all accompanied by fine wines. It was truly a pleasure to see all ranks of servicemen and servicewomen receive their well deserved awards to rapturous rounds of applause. 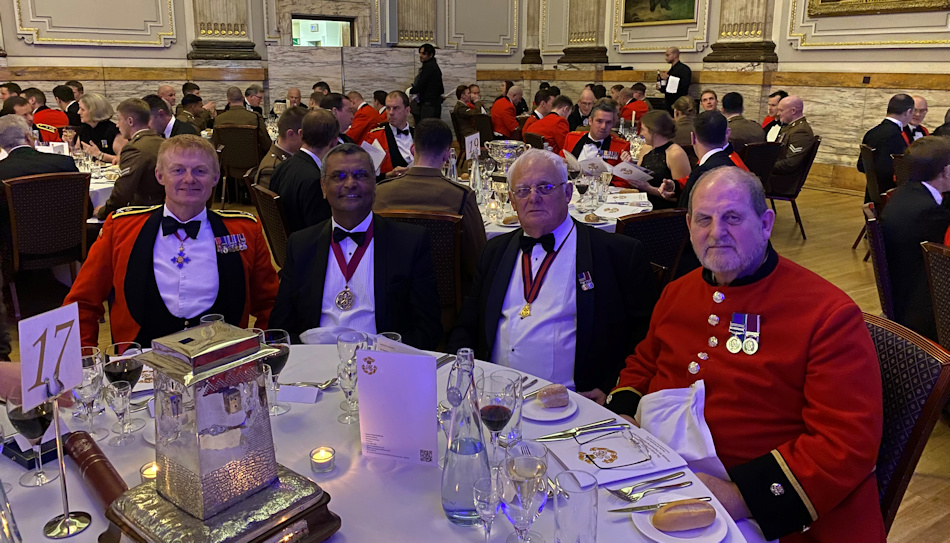 Following the awards, the Chief Royal Engineer gave an excellent address and we then proceeded to the Loyal Toast. The evening closed in traditional fashion with every single Royal Engineer present rising and singing their wonderful anthem, "Hurrah for the CRE". Another inspirational evening.