It was a great pleasure to attend the London Air Ambulance Winter Reception at the Royal College of Pathologists this evening. I was pleased to see several Masters of other Worshipful Companies who I have got to know over the past few months. We were greeted with wine and canapés and introduced to several of the doctors and paramedics who carry out such vitally important work on London's streets. We also had the opportunity to interact with several "Innovation Stations" where there were new clinical projects on display showcasing the future of pre-hospital care. 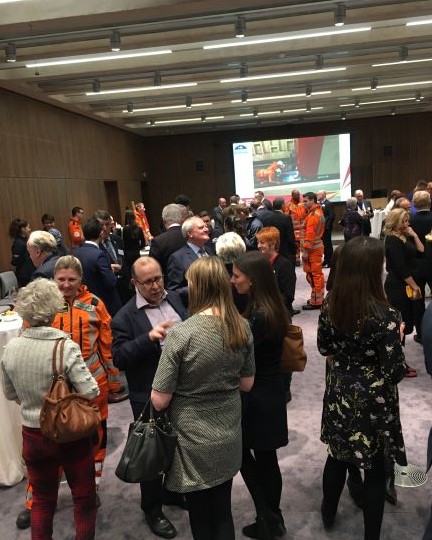 The "every Second Counts" stand outlined the new ways that traumatic brain injury in children can be treated at the scene by using cutting-edge dispatch technology in the London Ambulance Service control room and paramedics using 999 callers’ mobile phone cameras to get footage from serious incidents before they arrive on the scene. 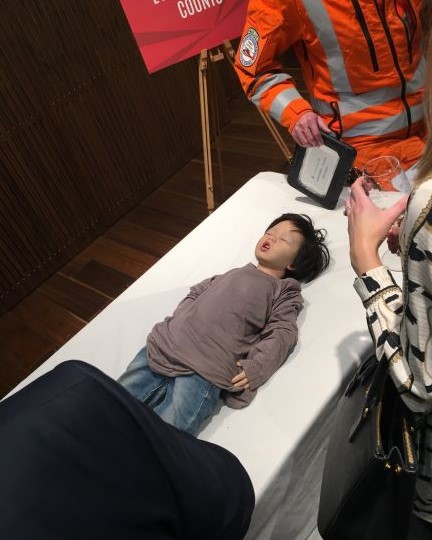 There were also other amazing new advances in technologies such as freezing patients at the roadside to stop them bleeding (the Golden Hour Project), and a technology called Extra-Corporeal Membrane Oxygenation (ECMO). This effectively replaces the function of the heart and lungs, by taking blood out of the body, adding oxygen, and returning it under pressure. This has resulted in increased survival rates without brain damage. 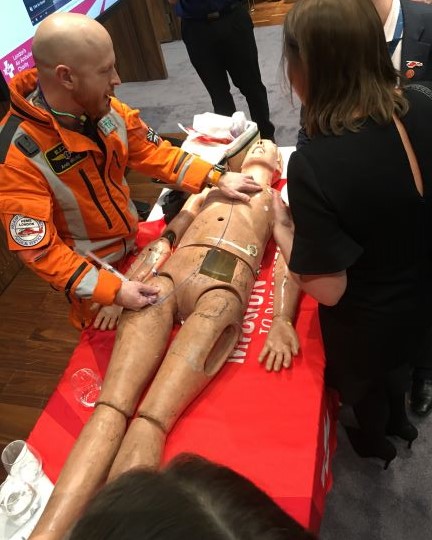 I was very impressed by the dedication and skills shown by all the London Ambulance staff and all the fantastic innovation on display. I left the event feeling even more confident that Londoners can feel very safe in the capable hands of the wonderful London Air Ambulance Service.