I extend warm Summer greetings to all and hope that everyone continues to be fit and well.

July has been a month of contrasting news and events. The weather has been extreme in different ways all over the world, from extreme heat in parts, to extreme flooding in others. The Met Office issued its first ever "Amber Extreme Heat Warning", as temperatures exceeded 30°C across large swathes of the UK. Sport has also taken our emotions from one extreme to the other – England managed to get to the EUFA Euro Finals for the first time in many years which made everyone elated- but then there was disbelief and sadness as we were beaten by Italy on penalties!

Turning to Covid matters, there was good news as the vaccine was extended to many under 18s and the daily numbers of infections began to fall. In the light of this good news, the Prime Minister confirmed that the fourth and final stage of the Government's conditional lockdown easing would proceed as planned on 19 July, which was great news for the hospitality industry.

In terms of Company business, I attended a meeting of the Wine Committee at Davy’s Wine vaults in Greenwich this month where the very important business of reviewing our stocks of wines and choosing new purchases for future dates was discussed in some depth. Francis Flavin of Davy’s was there to guide us through the current market and quality of harvests, which the Committee found most interesting. I also attended meetings of the Finance and Communications Committees.

In the City things have taken off with a bang! On the actual day of lockdown easing, Maureen and I were invited to a lunch for “Two Termers” at Saddlers’ Hall, hosted by the Prime Warden Saddler and the Upper Bailiff Weaver and attended by Sheriff Chris Hayward. It was a wonderful event, commencing in a marquee with a band playing while we sipped champagne on a warm Summer day. 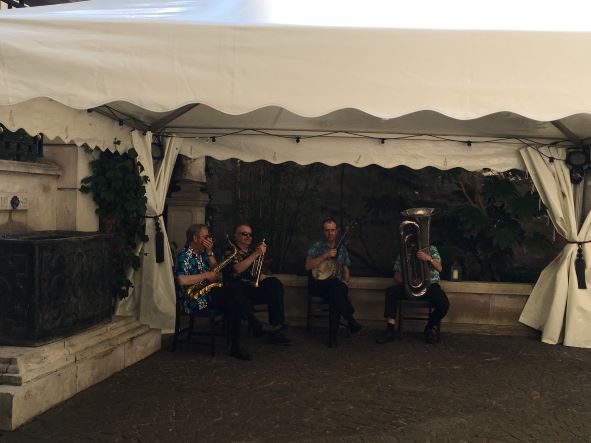 As this was the very first event in the new eased environment, we still sat on tables of 8, slightly socially distanced, but it was a joyous occasion nonetheless which marked a return to normality for the City. 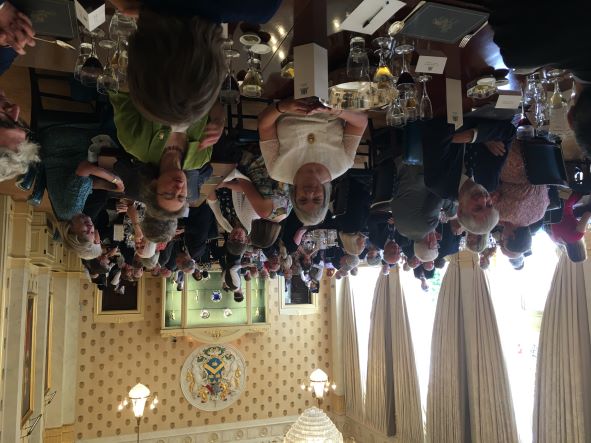 The next day, Maureen had a private lunch with the Lady Mayoress, Mrs Hilary Russell, at the Mansion House, which she enjoyed immensely, and the day after we were invited to Apothecaries’ Hall by The Mistress Apothecary for an event entitled “Death by Shakespeare”, plus lunch. This was a very amusing talk, given by Kathryn Harkup, outlining the many different ways that Shakespeare killed off his characters over the years – snakebite, lack of sleep, and poison in the ear being just some of them! 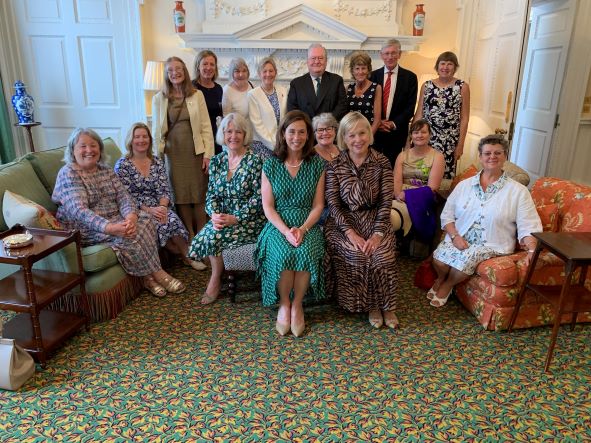 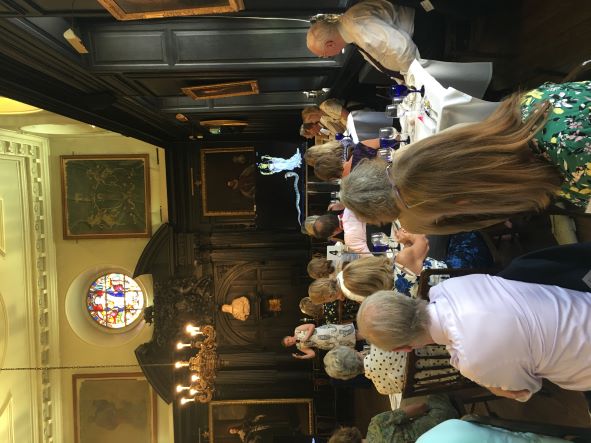 And on this same day, once again, Maureen was invited to a private dinner party and tour of the Old Bailey by Sheriff’s Consort, Mrs Elisabeth Mainelli, which she enjoyed thoroughly. To end this amazing week of events, we were invited by the Master of the Worshipful Company of Joiners and Ceilers to a White Tie Banquet at The Mansion House to celebrate the 450th Anniversary of the granting of their Royal Charter. This was a splendid occasion in the presence of the Rt. Hon. The Lord Mayor and Sheriff Michael Mainelli. As always, the food and wine were superb, as was the entertainment on the night. What a fabulous end to a very special week. 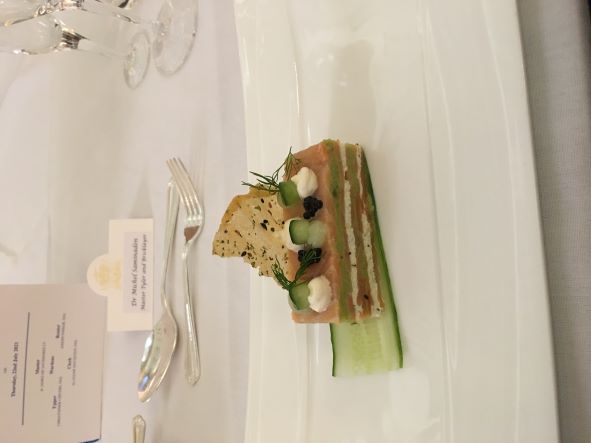 On the Saturday we joined in the celebration of Liveryman Ray Baker’s life at his family home in Croydon where Ray’s son, Liveryman Ed Baker, held a wonderful barbecue and garden party in Ray’s memory. It was really nice to be able to reminisce about Ray’s life and his wonderful contribution to the Tylers and Bricklayers and to the wider world of bricklaying generally. He will be sadly missed. 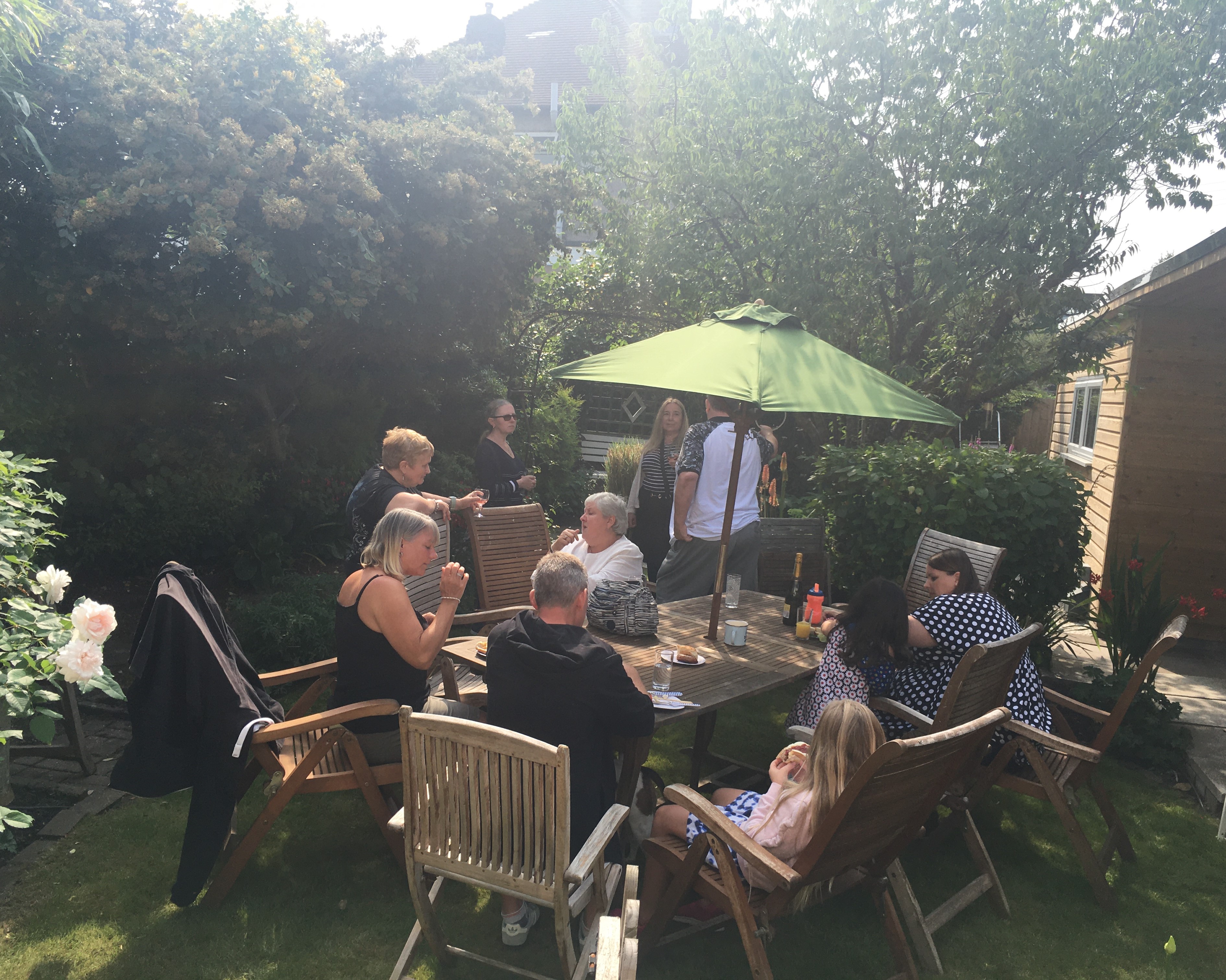 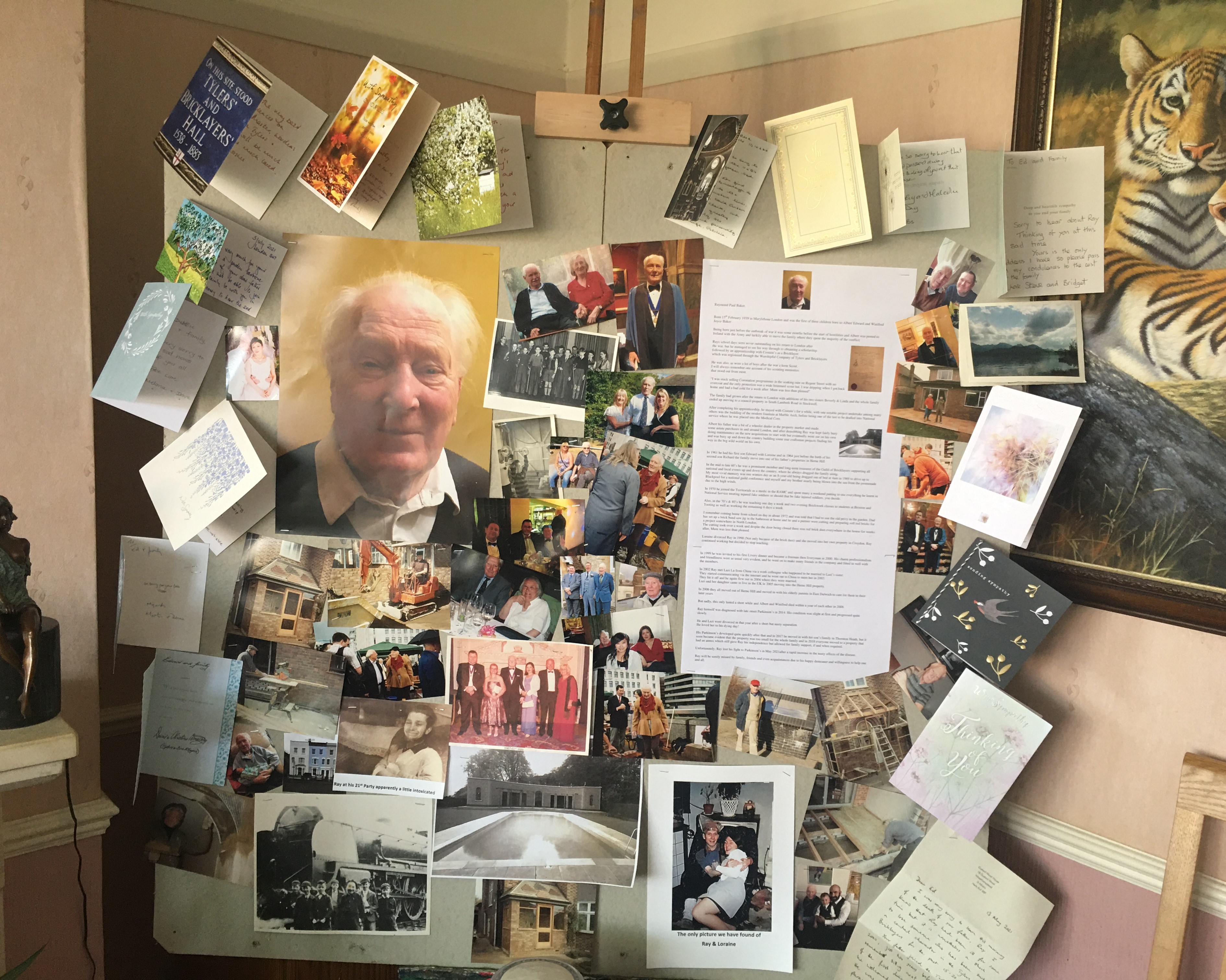