OFFICIAL OPENING OF THE 450th ANNIVERSARY EXHIBITION OF COMPANY TREASURES, GUILDHALL LIBRARY, 24 MAY 2018

The exhibition of the Company's Treasures was officially opened by the Rt Hon The Lord Mayor of London, Alderman Charles Bowman, at the Guildhall Library on 24 May 2018 in front of The Master, Wardens, Court Assistants and Liverymen and many invited Masters of other Livery Companies and their guests. The Lord Mayor was accompanied by the Lady Mayoress, Aldermanic Sheriff Tim Hailes, Sheriff Mrs Fiona Adler and Duty Esquire Tim Rolfe.

The Exhibition celebrates the 450th Anniversary of the granting of Company's Royal Charter by Elizabeth I in 1568. It traces the history of the Company from its first identified Master in 1416 through to the Company's 21st century aims and objectives.

The items on display are significant and several have been conserved enabling their release from the Metropolitan Archive for the first time. These include not previously seen pages from minute books and the Company’s Ordnance Book from 1570 (a rare girdle book) which have not been displayed before, together with our splendid new Centrepiece and Treasures old and new. There is also a spectacular photo wall to view, depicting significant events from the history of the Tylers and Bricklayers Company and many examples of the Company's collections.

Dr Peter Ross, Principal Guildhall Librarian delivered an interesting lecture on the history of the Tylers and Bricklayers and the wonderful and unique collection of treasures which the Company possess, having survived the Great Fire of London, unlike the possessions of many other Companies which were lost forever.

The Master thanked Dr Ross for his interesting and informative lecture and proceeded to present the Lord Mayor with a cheque from the Tylers and Bricklayers for the Lord Mayor's Appeal.

The evening ended with a champagne reception and canapes with a further opportunity to view the wonderful exhibition.

The Company's thanks must go to Silver Steward, Liveryman Dr David Allen for his hard work in putting together this unique and excellent exhibition. 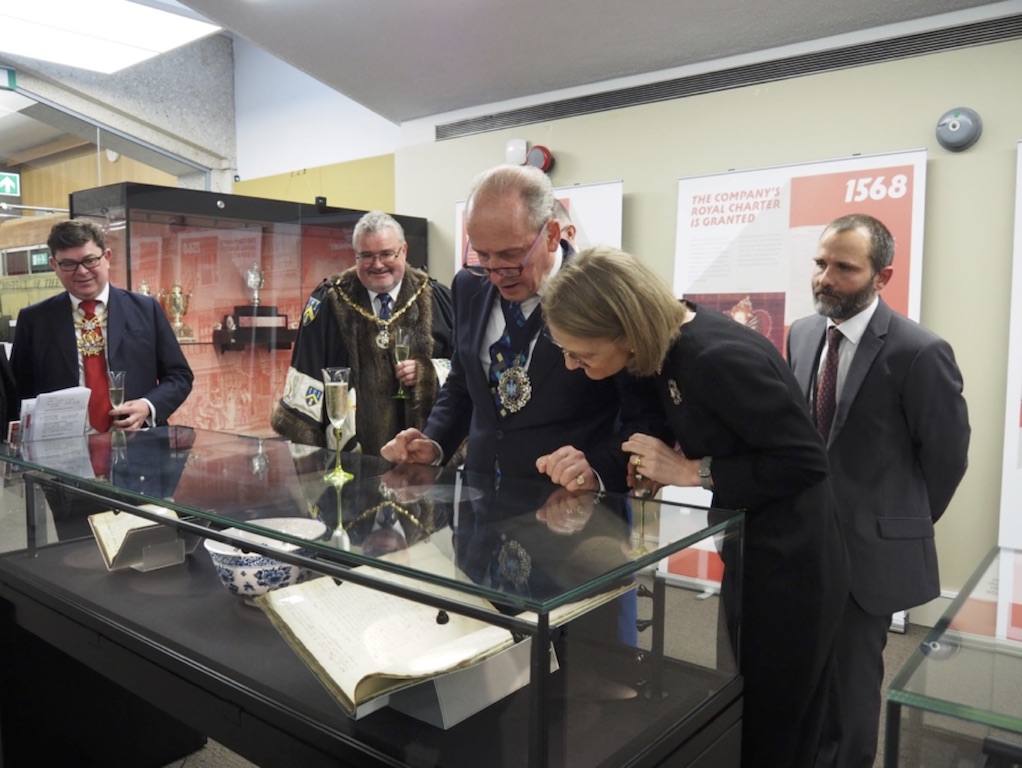 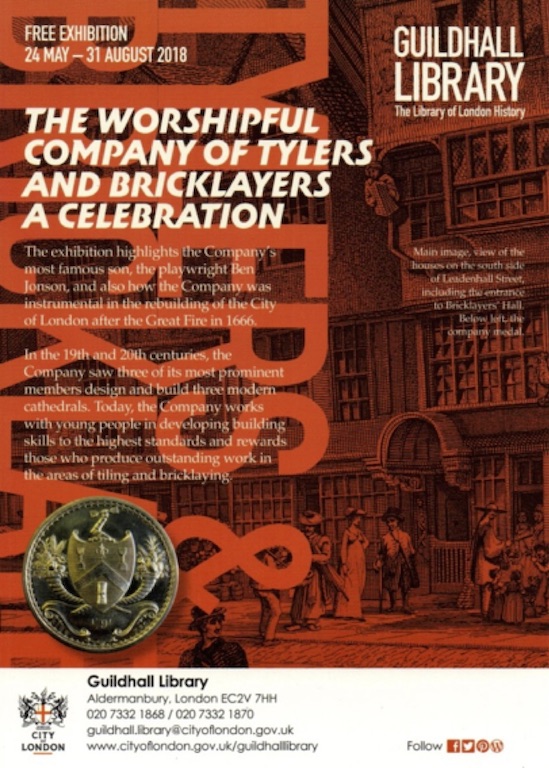