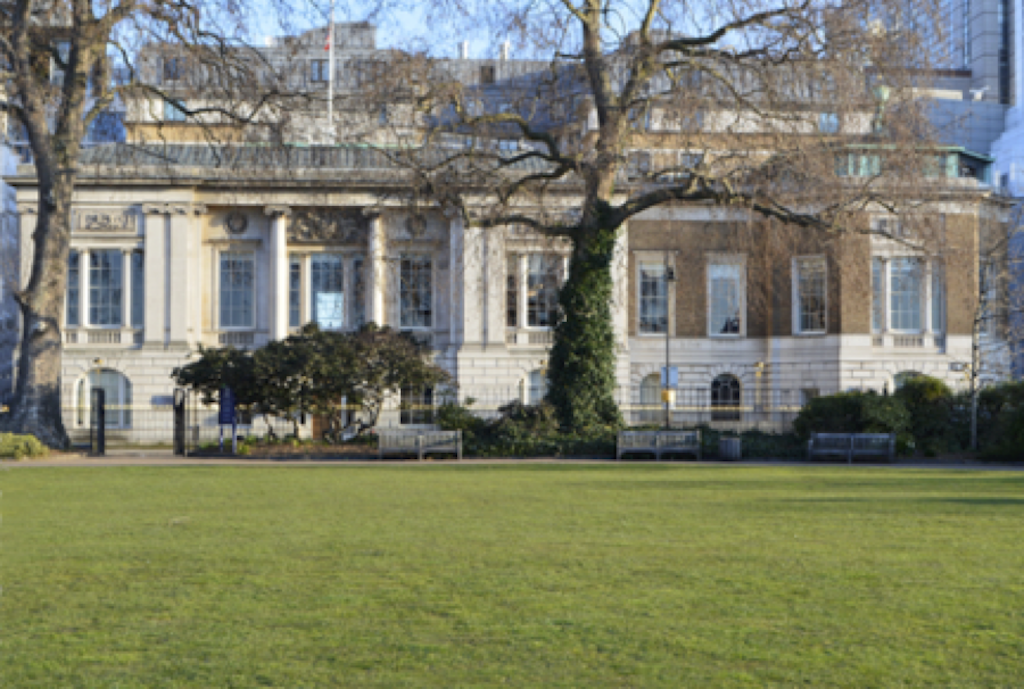 Once again, the sun streamed through the huge south-facing windows at Trinity House to welcome members and guests to this most important event in the Tylers’ and Bricklayers’ calendar. Trinity House is the headquarters of the Corporation of Trinity House – a unique maritime organisation dedicated to the safety of shipping and the welfare of seafarers and their dependants. The fine view over the Tower of London has not changed much since the building was constructed in 1794, and the Corporation’s origins can be traced back to the reign of King Henry VIII. 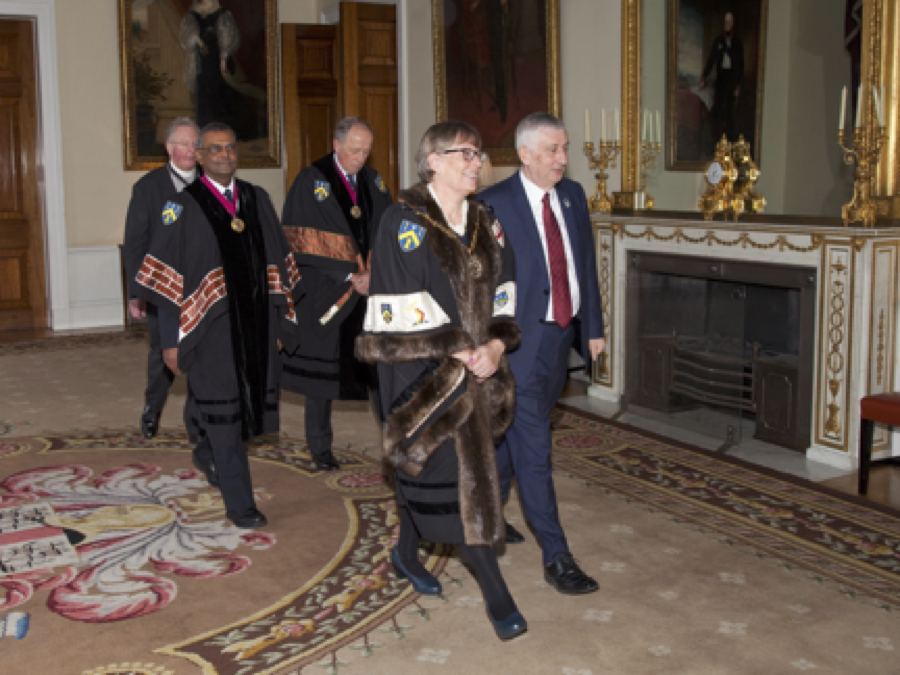 After a personal welcome by the Master, Upper Warden and Renter Warden, we enjoyed a drinks reception in the Courtroom. Those present included Liverymen, Freemen, Court members, guests, and most importantly the award winners and their tutors.

The library was packed to capacity for the luncheon, and we enjoyed an excellent three course meal of baby heritage tomato salad and goat’s cheese, roast sirloin of Lancashire beef, and pear and blackberry crumble, all fortified by excellent wines and port. 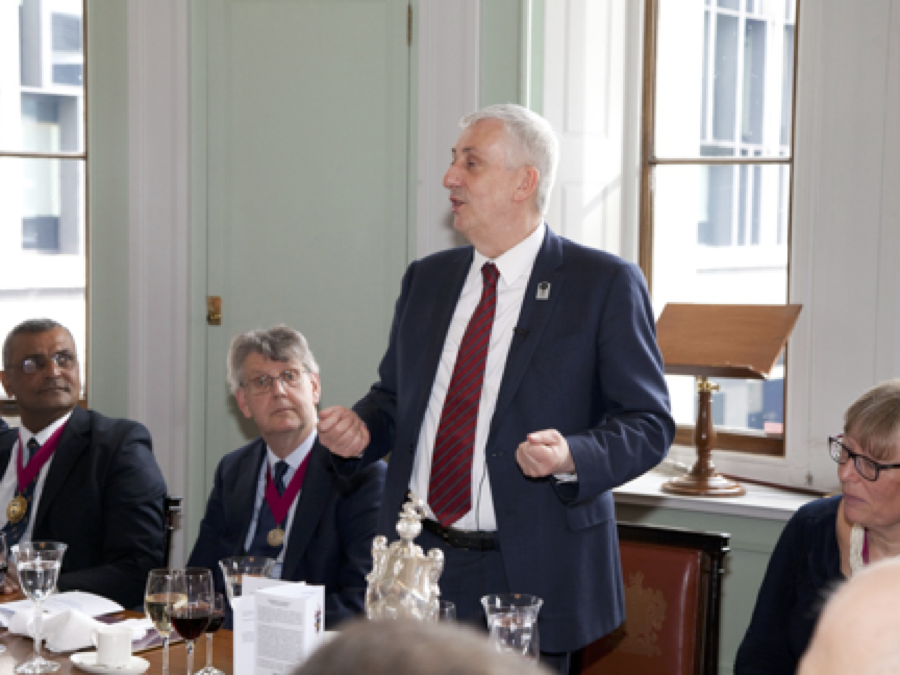 Sir Lindsay spoke of his experiences as a bricklayer at an early stage of his career, following his creative streak, before he started a small business in textile printing. Having always wanted to be a politician, he was elected a member of Parliament in 1997, and is now the principal Deputy Speaker and Chairman of Ways and Means. He continues to try to get people together to make a difference, and emphasised the importance of apprenticeship. He concluded his speech by thanking the Master for inviting him to present our awards this year. 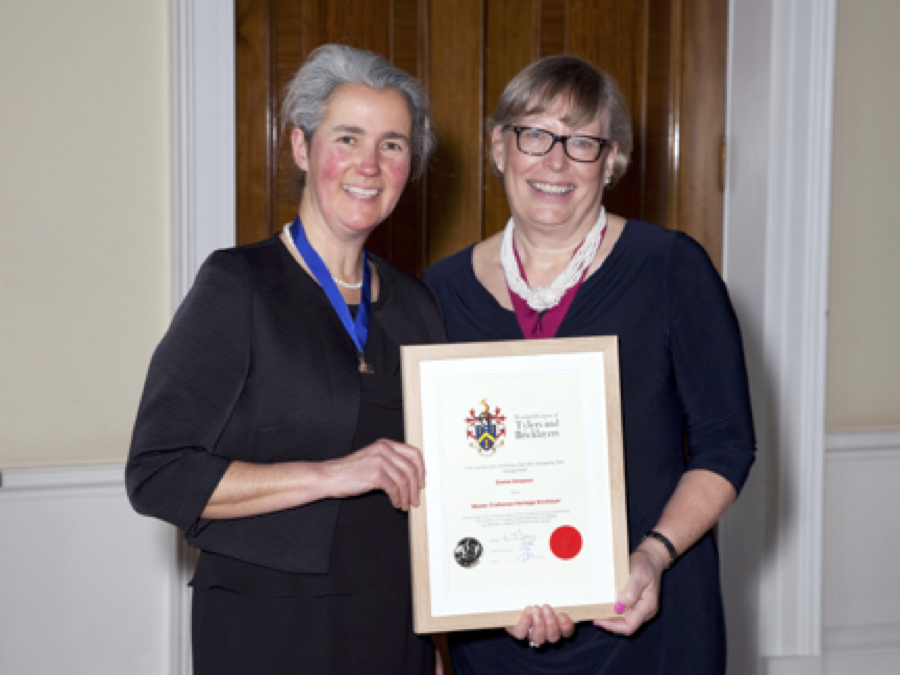 Our two new Master Craftsmen are Daniel Harkin, roof slater and tiler from Londonderry and our very own Liveryman Emma Simpson, heritage bricklayer, who both formally signed the register of Master Craftsmen. 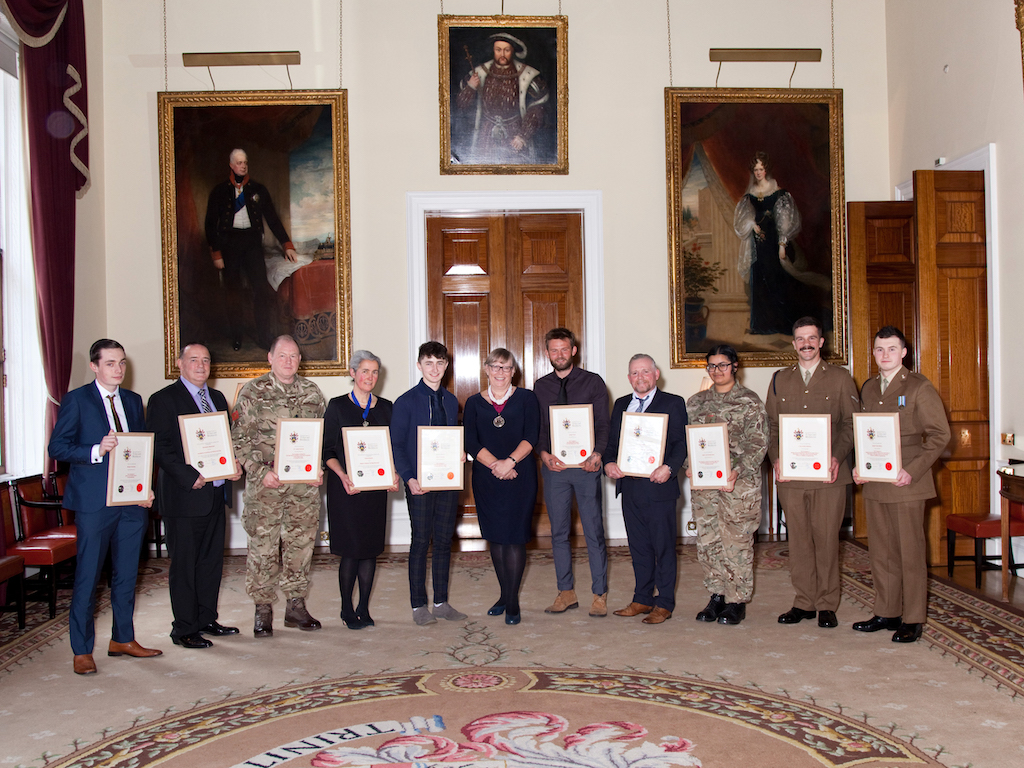 The Master concluded the luncheon by thanking all who had attended, particularly the award winners and their tutors who were invited to join the Master for a group photograph.