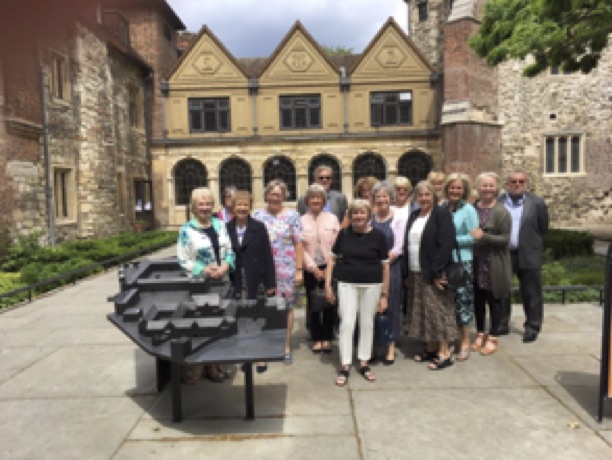 On June 5th, 15 partners, friends and family met on a sunny day at the Charterhouse.

None of us had been on a tour before and so were delighted to have such a knowledgeable guide to show us around. The Charterhouse has had a chequered history, dating back to the 14thcentury. It began as a Carthusian Priory, and substantial fragments of this remain. The monastery was closed after the dissolution in the Reformation, and the Prior hanged, drawn and quartered. This seems to have set the tone for a rather bloody history of the house, of which the guide delighted in telling us at many opportunities.

The site was rebuilt as a large courtyard house in the 16thcentury, making it a rambling mansion, a feature in London at that time. Later it was altered still further and became an almshouse and a school, which moved to Surrey in the 19thcentury.

The Charterhouse had various owners over years, including the Duke of Norfolk, who was placed under house arrest for scheming to marry Mary, Queen of Scots, spending his time embellishing the house before his execution.

It later became a hospital and almshouse, known as the Hospital of King James as well as a school.

Today Charterhouse is still an almshouse, in which 40 Brothers live. Recently, women, also known as Brothers, have been admitted.

After our tour we had a delicious lunch and enjoyed the friendship and convivial company which is such a great part of the Tylers and Bricklayers.

Many thanks go to the Master, Lesley Day for organising such an interesting and enjoyable day. 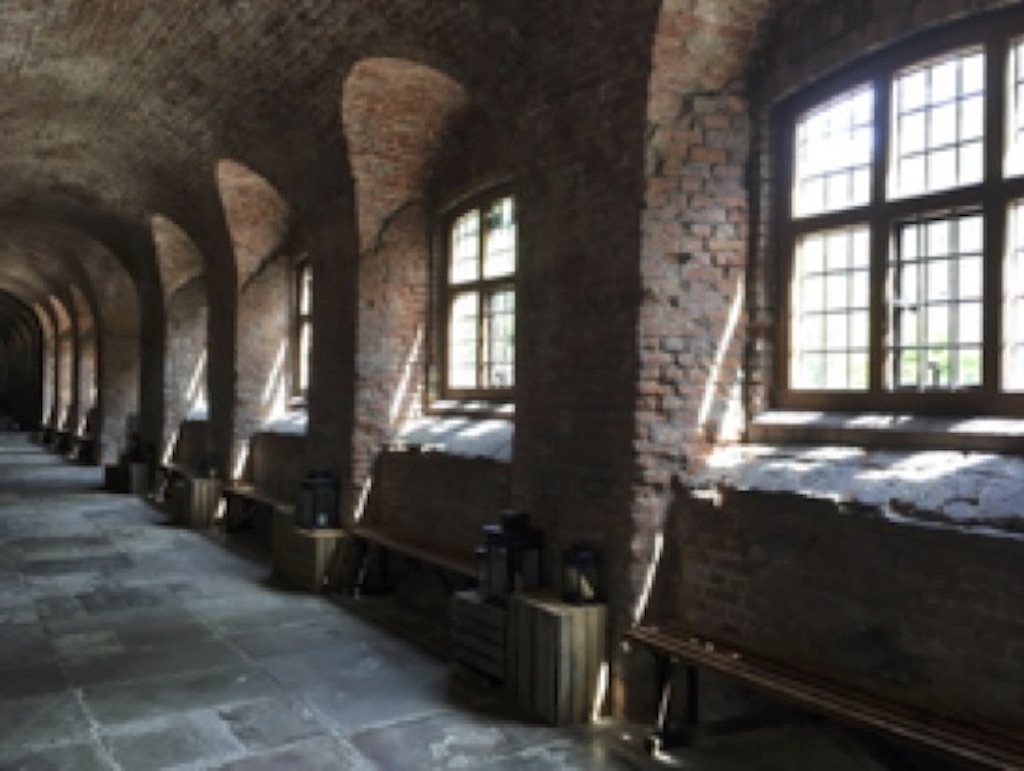 The Norfolk Cloister, where the ‘offside’ rule in football can claim its origins, as the boys of Charterhouse school first implemented it in this space.