The Installation Of The New Master 3rd October 2019

Installation day commenced as customary with a Court Meeting at Carpenters’ Hall. After the Company Chaplain had given prayers, the Clerk announced those elected by the Court to serve as Officers of the Company for the ensuing year. The installation of two new Court Assistants, Tom Christopherson and Alan Dodd, followed. Each received their Burgundy ribbon from the Master and were warmly greeted as they took their places at the Court Table. Votes of thanks were next extended to the several members retiring from the Court.

The Court then formally processed to the Company Church, St. Margaret Lothbury, led by the banner bearer, Liveryman Peter Lynch, and the Beadle, followed by the Master and Master-elect and the rest of the Court. One always hopes for good weather at this point and we were not disappointed. 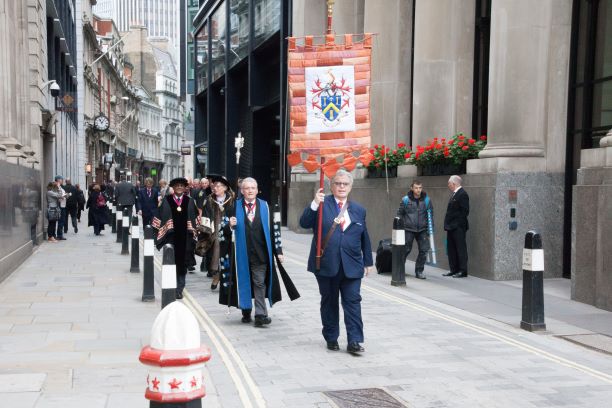 Past Master David Szymanski bravely carried a somewhat heavy object – a wrought iron stand to support the Company’s banner whose manufacture he had co-ordinated and organised. The stand was a gift to our company from the Worshipful Company of Blacksmiths, hand-made by Craftsman Blacksmith Simon Grant-Jones. The Tylers and Bricklayers are grateful for such a fine gift and the stand and banner are now set to remain at St Margaret’s church. 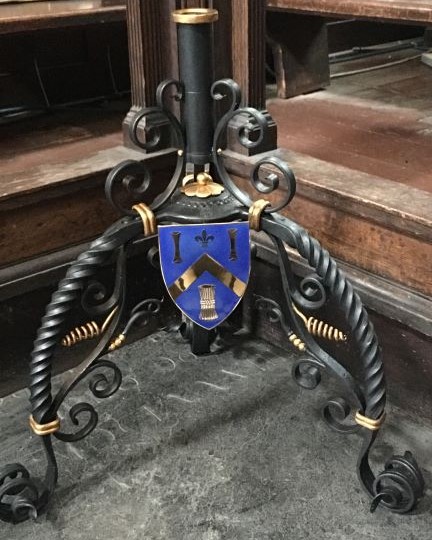 On arrival at the church, with the congregation waiting, the installation of the Master and Wardens for the ensuing year proceeded. Commencing with the Master-elect  Dr Michel Saminaden, the time honoured tradition essentially comprises first the swearing of the oath of office, the ceremonial removal of badges and gown from both the outgoing Master Lesley Day and the Master-elect, and the robing of the new Master. This was followed by the Installation of the new Upper Warden Simon Martin and new Renter Warden John Schofield. Malcolm Day then came forward to present Maureen Saminaden with the Consort’s Badge and Brooch, concluding the Court proceedings. 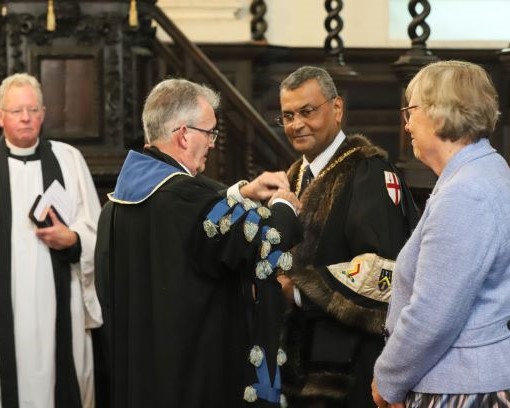 The church service which followed is always a highlight of the year for the Company, with wonderful music played by Organist Richard Townend, accompanied by the wonderful voices of the Lothbury Singers. Following the service the guests made their way back to Carpenters’ Hall for the reception and lunch.

The principal guest at the lunch was Past Master Tom Hoffman MBE, in the role of Chief Commoner of the City of London. Master Carpenter and Prime Warden Blacksmith were also honoured guests in attendance, together with Dr Carrie Herbert MBE, Founder and President of Red Balloon.

Court Assistant Christopher Causer proposed the toast to the guests and the Chief Commoner gave an interesting speech in response, speaking about his role in the City and how he had approached his career, taking advice of there being merit in having knowledge of both accounting and law! Liveryman David Williams gave the toast to the Company and wished good health to the Master. 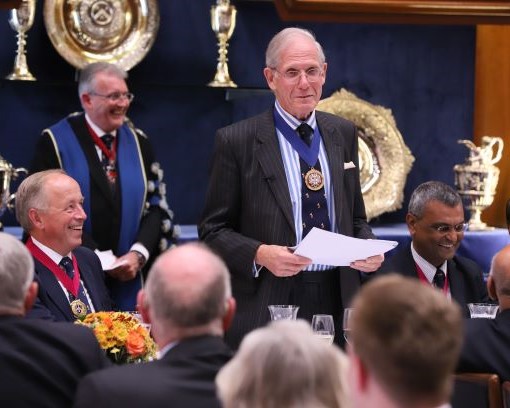 The Master gave his thanks and mentioned the highlights of his programme planned for the forthcoming year. A cheque was presented to Carrie Herbert of Red Balloon, our charity of the year. Dr Saminaden humorously revealed his unique characteristic as a very different kind of Master - indeed claiming to be the first left-handed Master. 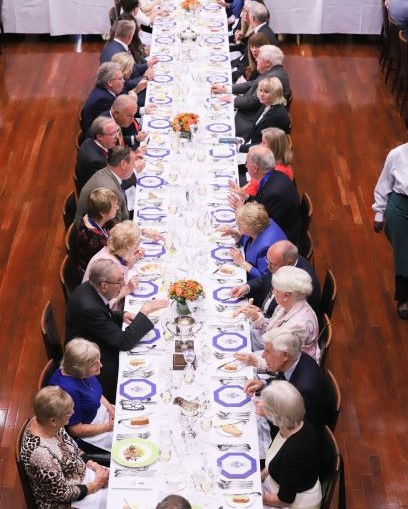 The Installation Lunch was much enjoyed by all, always a convivial occasion for the Company.