The Zoomed Reinstallation Of The Master - 1st October 2020

All Court Assistants and Court Assistants Emeritus gathered online at 1130 for the Company's first ever Zoom (Re)Installation meeting.  By now everyone was starting to get the hang of technology that few had heard of, let alone used only a few months before, as the Master promptly called the meeting to order and offered prayers. 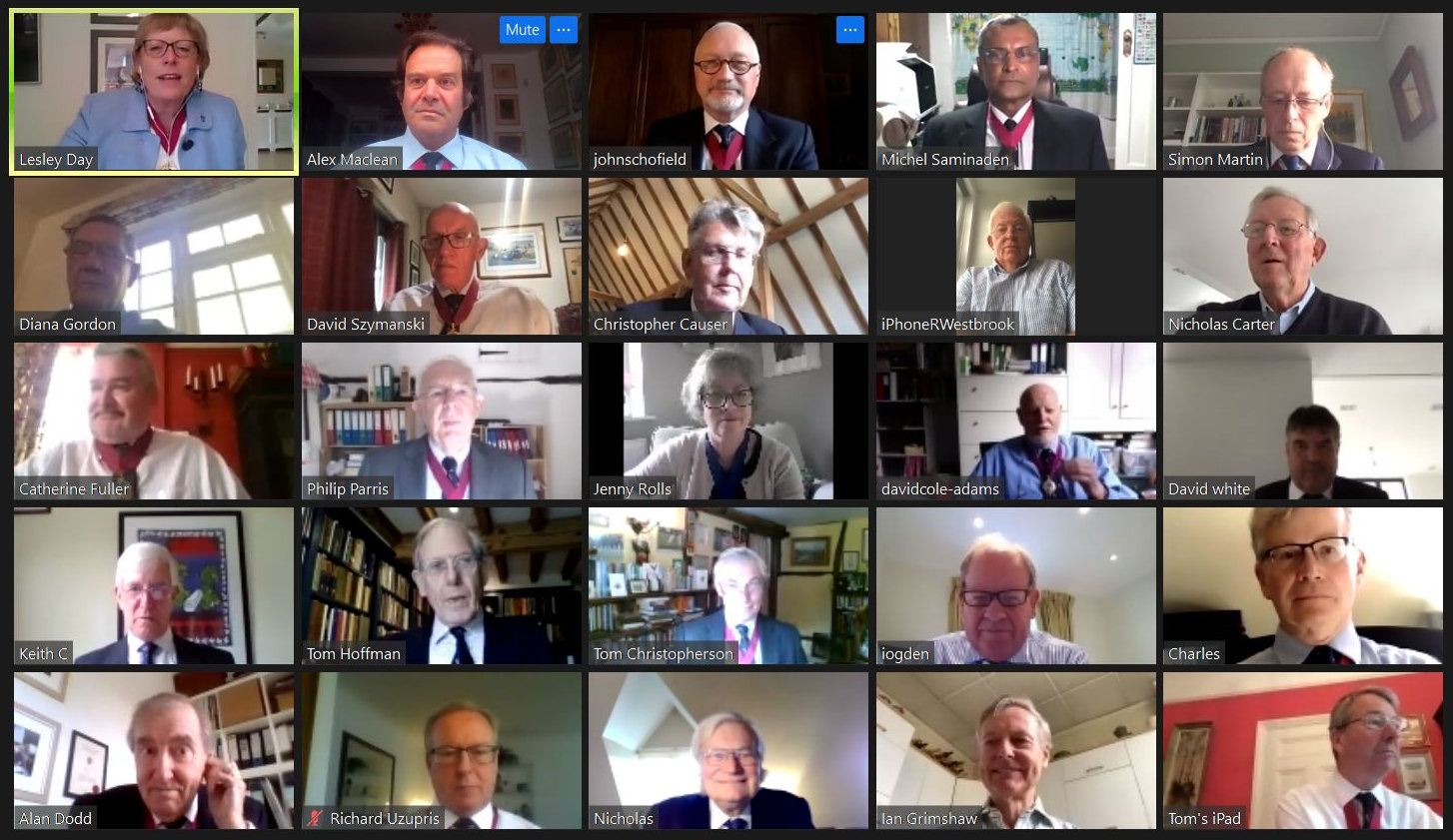 After the Minutes of the Court Meeting held on 3 September 2020 had been approved, Deputy Master and Acting Clerk Lesley Day announced the Officers for the next year.... 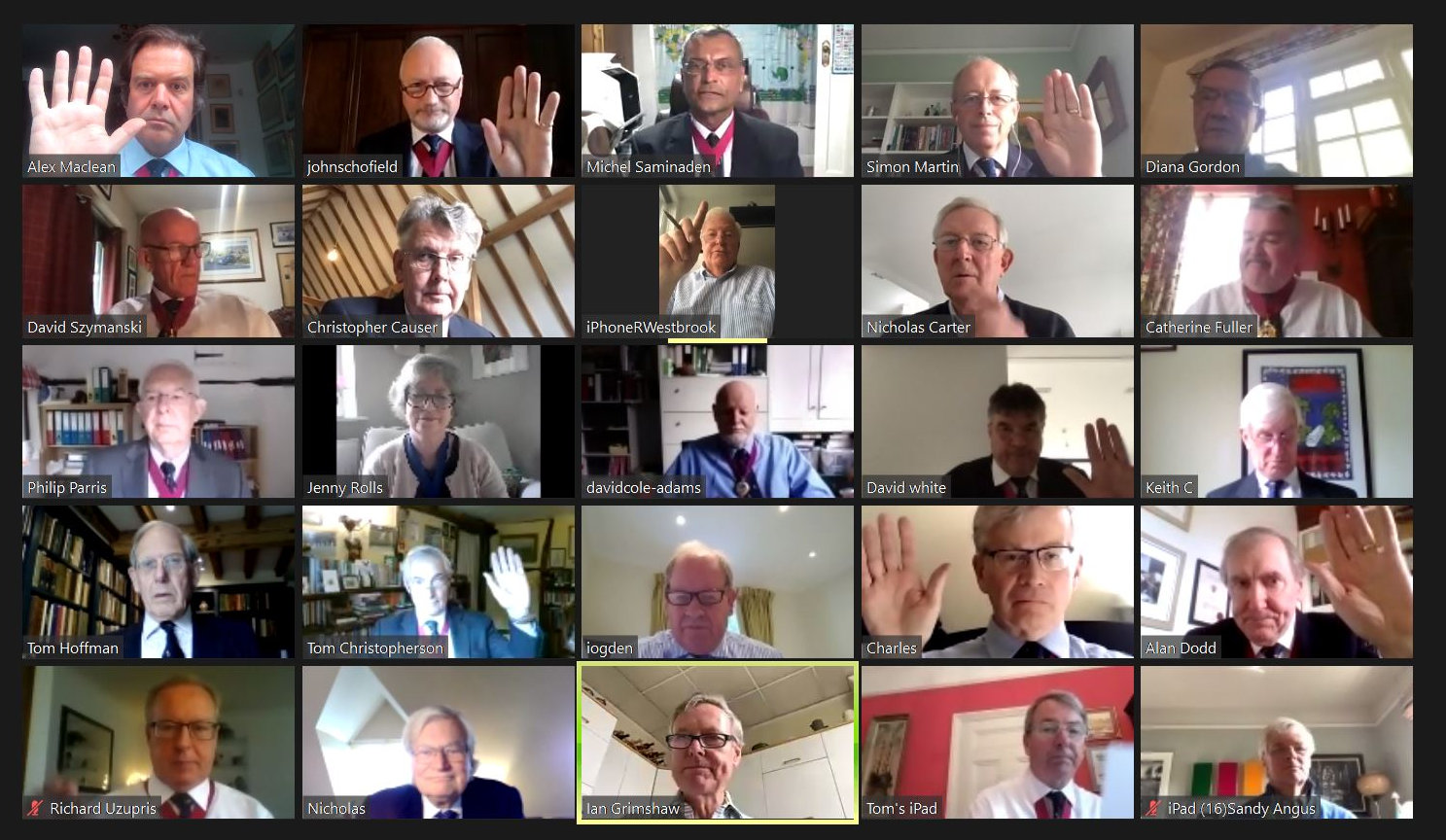 .... who were unanimously approved!

Following previous approval by the Court, Liverymen Mrs Jenny Rolls and Dr Keith Cawdell joined the meeting and were appointed by the Master as Court Assistants for a three year term. Both pledged their Declaration of Intent and changed their medal ribbons.

Past Master Roger Westbrook CMG moved to the Court Emeritus following a vote of thanks by the Master.

The Master then addressed the Court 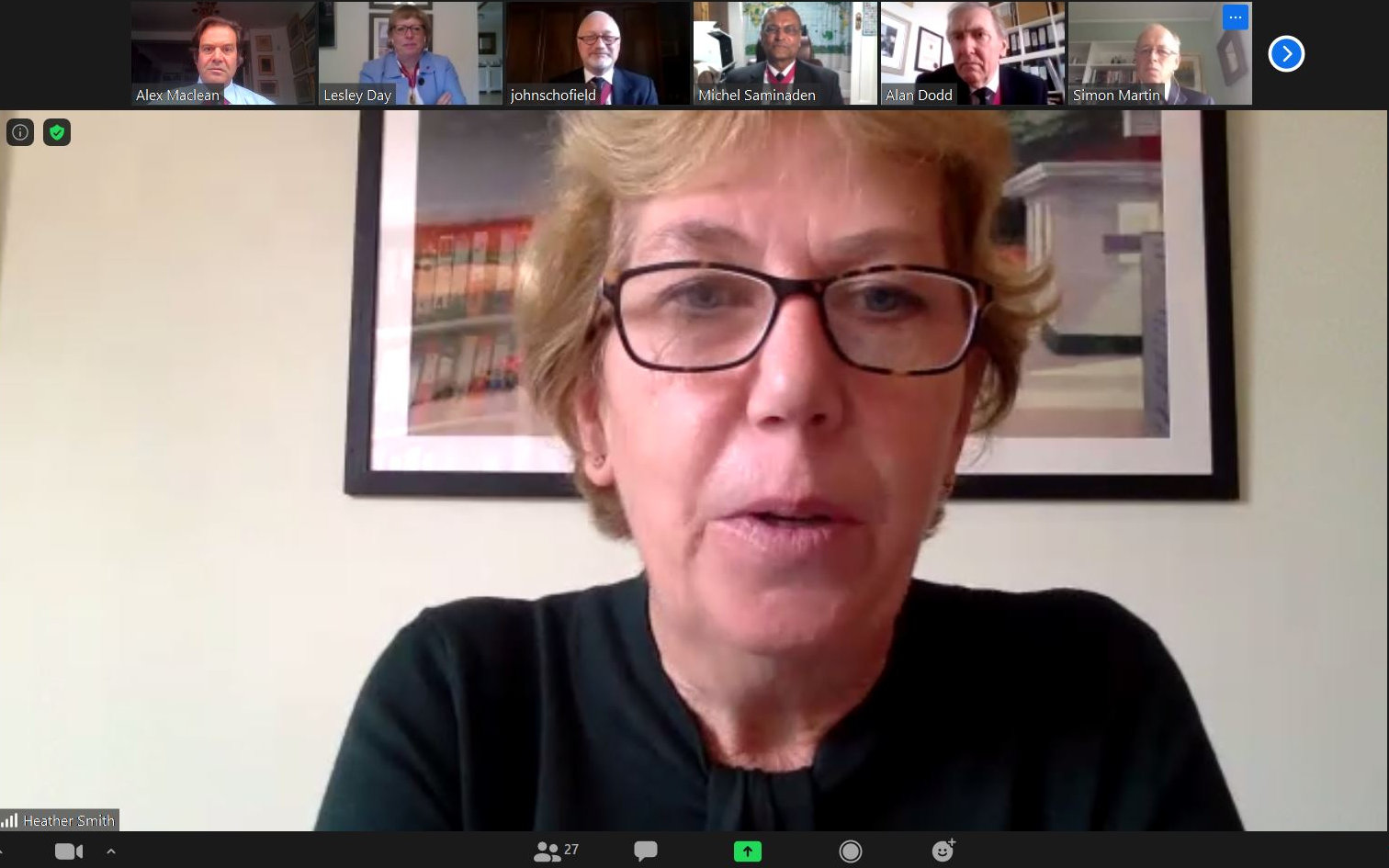 The Acting Clerk was delighted to introduce our newly appointed Clerk, Mrs Heather Smith, who joined the meeting and was introduced to all members of the Court and Court Emeritus. Heather is the Company's first female Clerk and has been appointed following the retirement of John Brooks after many years service to the Company. 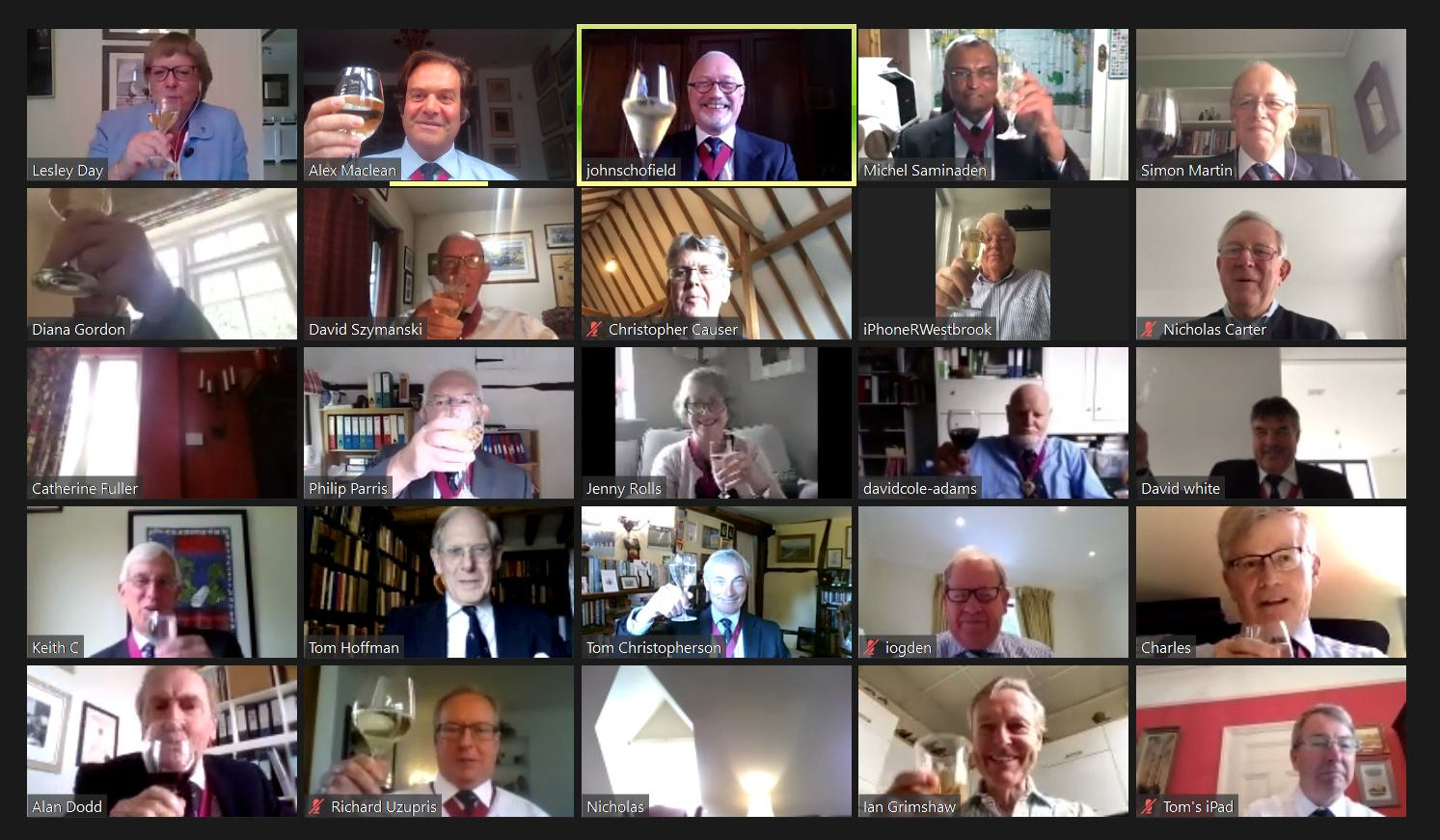 In true Company fashion the meeting concluded with toasts to the Master .... and further drinks!