This year, due to the need to squeeze in as many events as possible during the last few weeks of his Mastership, the Master decided to hold a joint outing to cover the Charter Day trip and the Consort’s event. He chose the splendid venue of Copped Hall in Epping for this first “joint event”. Copped Hall is a fine Georgian mansion that is currently under restoration. From 1986-1995 a campaign was successfully fought by a committee comprised of representatives of local conservation societies against repeated large scale aggressive development proposals for the mansion and parkland. Three of these individuals set up the Copped Hall Trust which finally saved the mansion and gardens by purchasing them in 1995. The aim of the Trust is to permanently protect the site, carefully restore Copped Hall and its gardens for educational, cultural and community benefit. Copped Hall is superbly sited on a ridge overlooking its landscaped parkland. The mansion and gardens are situated on a site of ancient human habitation. 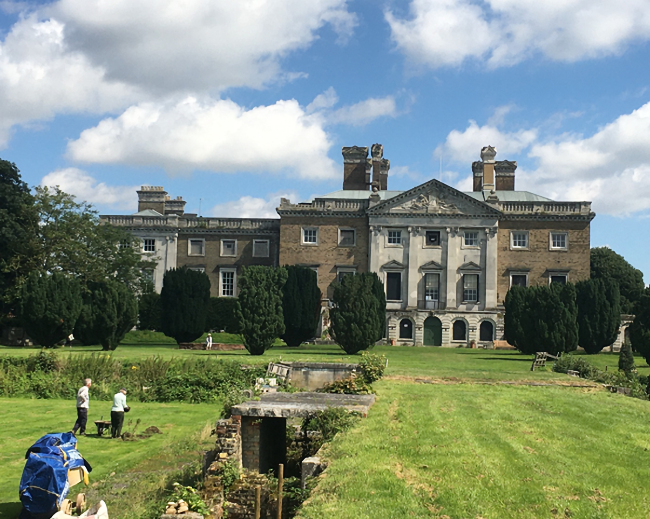 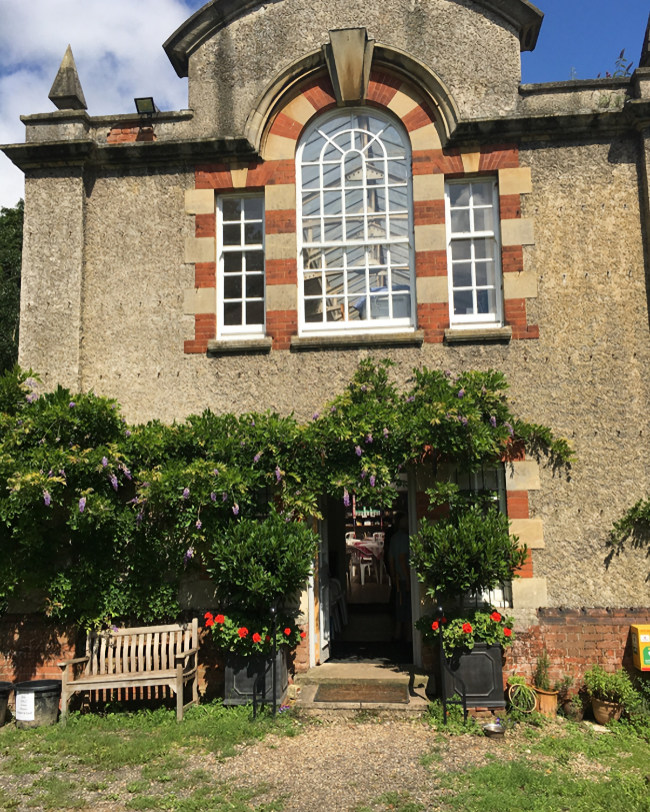 Liveryman Dick Speller, a Trustee of the Copped Hall, greeted all members of the group enthusiastically as we arrived from different parts of the country. The visit commenced in the wonderfully refurbished Racquets Court where we were greeted with delicious home-made cakes and biscuits plus tea and coffee. The Trust Chairman, Alan Cox, gave an interesting introduction to the Hall and its history while we relaxed and took in the atmosphere. Alan then took us on a long and detailed tour of the Mansion, outlining the many and various refurbishment projects that have been completed plus the many more that are ongoing. Alan is the main driving force of this enormous project, and his knowledge and enthusiasm for it clearly came over as he explained in detail some of the very complex refurbishments carried out and planned for the future. 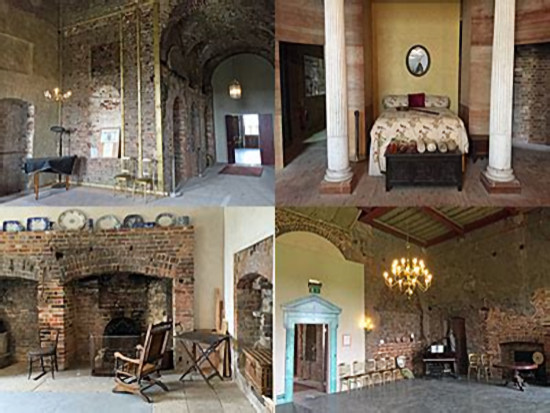 Alan explained that when work started on the Mansion and wing, the priority was to stabilise the walls and chimneys and waterproof the structure. Step by step and volume by volume, the Trust have reinstated many missing structures – extensively re-building the walls where required and re-establishing the roof. The collapsed chimney has been rebuilt and its elaborate cap replaced. Almost all the windows have been installed on the first floor as well as a number of windows on the second floor. 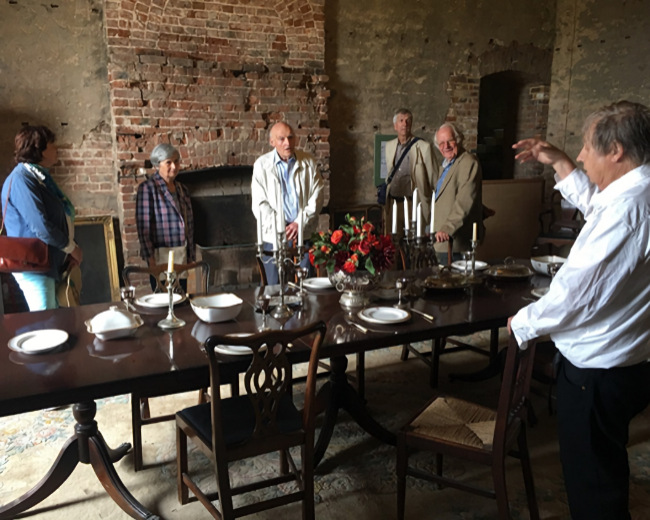 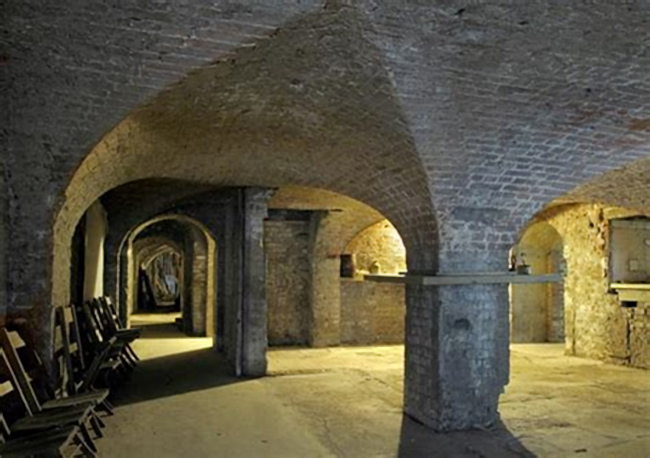 We were also taken to visit the ancient underground kitchens and the stables before we sat down to a wonderful homemade lunch, back in the Racquets Court. During the lunch break, the gift shop was opened by the hard working volunteers, showcasing local crafts and homemade preserves, which were enthusiastically purchased by members of our group. Following lunch, Alan took the group on a tour of the beautiful gardens, including the walled kitchen garden, the wonderful Rose Garden, and the recently renovated Winter Garden.

The Father of the Company ended the afternoon by thanking Alan and Dick for a truly delightful tour which was much enjoyed by everyone who attended. 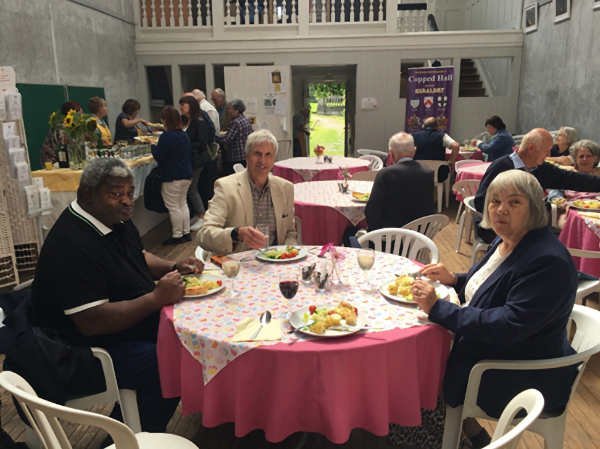 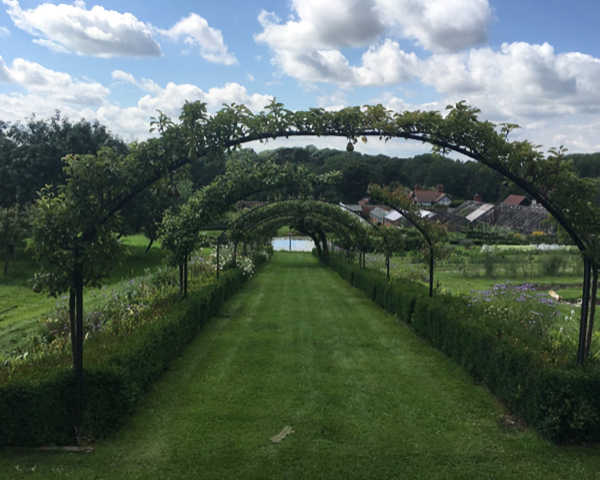