The first ever United Guilds Service was held in 1943, the idea behind the service was to help life spirits of the City following the Blitz in the Second World War. As far as we know, this was the first time that all the Livery Companies and Guilds in the City had got together to hold a church service. Since then, it has become an annual event and remains one of the few occasions in the calendar at which the Livery Companies and Guilds can gather as a whole. 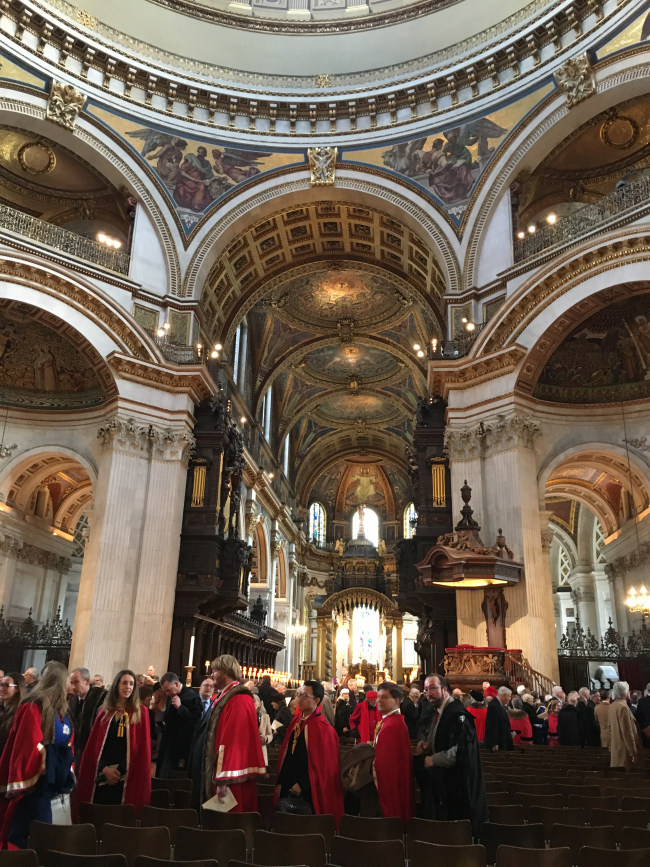 The Service began with a procession of the Masters of the Great Twelve Companies, and twelve other Livery Companies, followed by City officials, the Sheriffs, the Lord Mayor, the clergy, choir and the Bishop of London.

The Order of Service included a number of hymns, readings and anthems sung by the Choir of the Cathedral. The Sermon was given by the Right Reverend Humphrey Southern, Principal of Ripon College, Cuddesdon, Oxford. In his Service Reverend Southern welcomed all back to St Pauls following the break caused by the pandemic and reminded us all of the work carried out by the City Livery Companies and Guilds supporting others. He also mentioned the cities in Ukraine devastated in the current war taking place in that country. 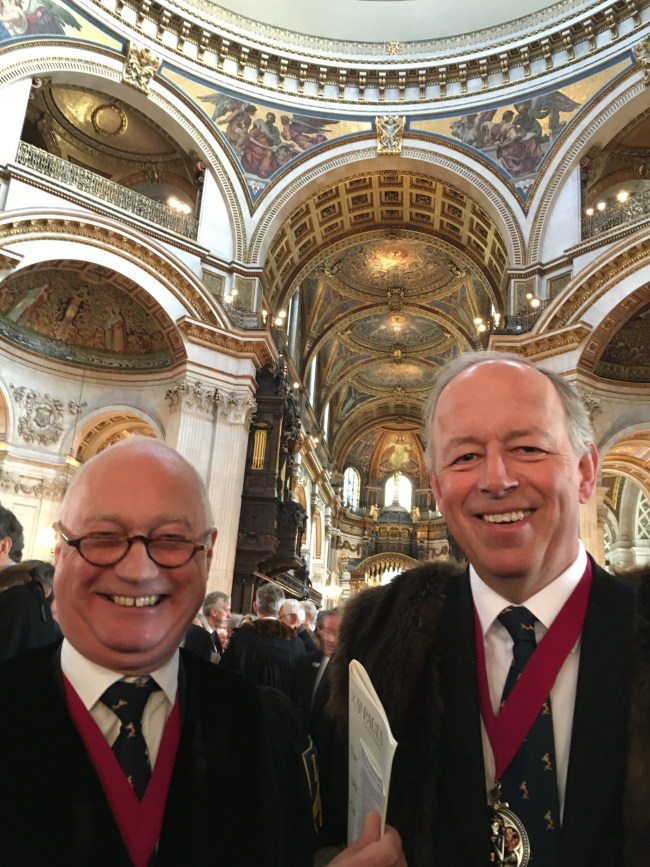 In the prayers that followed the congregation remembered the Royal family, the City of London, the Livery Companies, especially those who had died as a result of the pandemic. A special prayer was said for the people of Ukraine.

After the Blessing said by Bishop Sarah, there was a hearty rendering of the National Anthem followed by an Organ Voluntary during which the retiring procession took place. 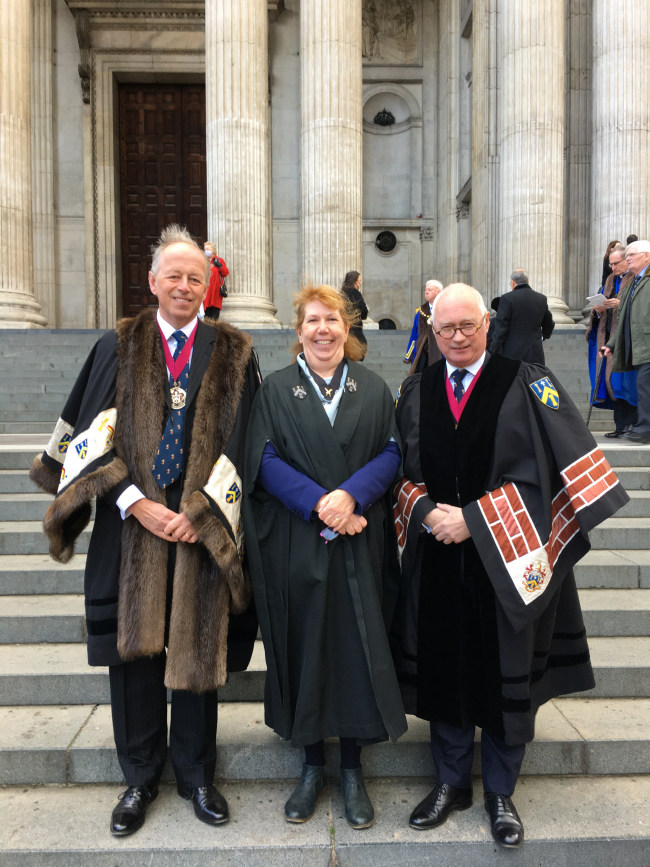 As with every United Guilds Service there was time for a few photographs on the steps of St Pauls and as it was a bitterly cold day, the congregation left for post Service lunches in Livery Halls around the City.

The Ts and Bs were guests of the Carpenters’ Company which gave those present a lovely opportunity to catch up with friends over lunch. As the senior Company Master present, Master Simon Martin, responded to the welcome given by Past Master Carpenter Rachel Bower.