Every year, on the "Friday next preceding the second Saturday in November", The Lord Mayor elect is admitted, i.e. he is sworn into office, at the Guildhall. The ceremony is known as Silent because, apart from the incoming Lord Mayor making his Declaration of Office, it is held in total silence. 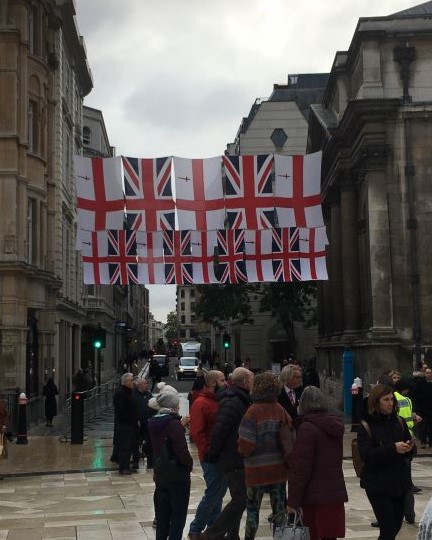 The silent ceremony is a hugely popular event and as there are very limited places in the Great Hall, there is a ballot for the seats each year. This year the Tylers and Bricklayers were very fortunate to have won 6 seats in the ballot, a most unusual and happy occurrence. I was accompanied to the ceremony by my wife and consort, Maureen, the Upper Warden, the Renter Warden and his wife and the Clerk. 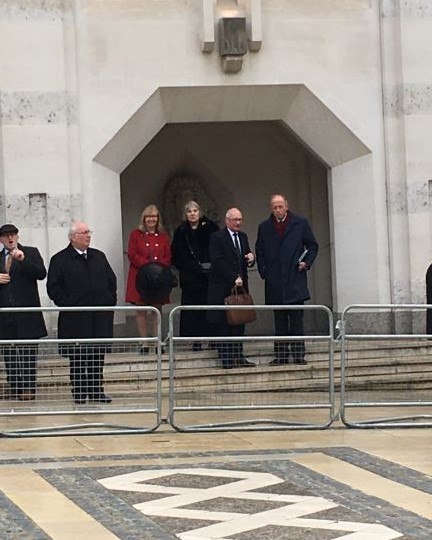 The ceremony is witnessed by the Aldermen, the City Officers, Masters of Livery Companies and hundreds of their fellow Liverymen. It is full of pageantry and is a great piece of theatre. Following the large procession into the Great Hall and the Declaration of Office by the incoming Lord Mayor, the new Lord Mayor dons his Tricorn hat and simultaneously the late Lord Mayor removes his, thus symbolising the transfer of power. Following this, the officers take it in turn to present their symbols of office; the Sceptre, Seal and Purse by the Chamberlain, the Sword by the Swordbearer, the Mace by the Common Cryer and Serjeant-at-Arms and the Collar of SS and Badge by the Swordbearer, each one taking three steps forward, making three reverences, then presenting the symbol.The new Lord Mayor then touches each of the symbols in turn and the officer takes the symbol and walks backwards, making three reverences each time again, essentially reversing the whole process.

This whole scene is very powerful as the gathered audience watch both the power and responsibility of the Lord Mayor being transferred in complete silence. The proceedings end with the procession in reverse order, with the new Lord Mayor leading the way.

On the following day the new Lord Mayor, preceded by a procession, travels to the Royal Courts of Justice at the Strand to swear allegiance to the Sovereign before the Justices of the High Court. This ceremony demands that the Lord Mayor “show” himself at the High Court and so it is named the Lord Mayor’s Show. 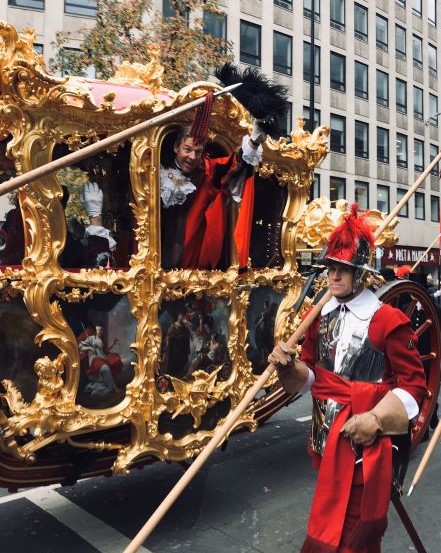