Warm Summer greetings to you all and I hope that everyone continues to be fit and well. It is hard to believe that we are already halfway through the year. The month of June continued with good news in terms of Covid-19 vaccinations, with the roll out increasing all the time and now all 18-year-olds and above being eligible. For the first time in over a year, we had a day with no Covid related deaths, excellent news. The great thing is that many vaccination centres are now accepting “walk-ins”, which makes it so much more accessible for everyone, especially the youngsters. That was the very welcome good news – unfortunately there was some bad news this month as well, because the eagerly awaited “unlocking” that was supposed to happen on 21st June was postponed for 4 weeks, mainly due to the spread of the Delta variant. This was a huge blow for many people, especially in the hospitality business because preparations were well advanced for the grand full re-opening of restaurants, bars, theatres and many more. We are now all keeping our fingers tightly crossed for the next announcement by the PM which will hopefully unlock everything on 19th July.

Turning to other, non-Covid matters, June was a fairly busy month with several momentous events, including the G7 Summit in Cornwall, the surprise result of the Chesham and Amersham by election and Matt Hancock’s resignation as Health Secretary, and his replacement with Sajid Javid. And of course, the most important thing by far, England beat Germany 2-0 in the Euro 2020! In the City things were very quiet again. The much awaited “Ironbridge Weekend” for Masters of all Livery Companies was cancelled for the second year, as were many planned “face to face” events. I did, however, attend a couple of very interesting virtual tours. One was called “London’s Lost Rivers”, given by the Upper Warden of the Wheelwrights Company, which gave a fascinating insight into the many old rivers that still flow under the City and which were such an important part of the history of the City. Some well known rivers include the Fleet, which became polluted as Smithfield butchers threw remains of dead animals into the river, and was eventually incorporated into the sewer system, the Tyburn, which flows through Regents Park under Buckingham Palace, and the Walbrook which originally ran under the Roman London Wall. There was also an interesting talk about Cheapside and its environs, given by Andy Catto, a qualified City of London Guide, which I found fascinating. I continue to meet with the Wardens and Clerk via Zoom on a regular basis to discuss Company business and make plans for the future. Maureen and I visited Apothecaries’ Hall with the Clerk, and the current and past Chairmen of the Craft Committee to make plans for the forthcoming Triennial Awards Ceremony and Luncheon. It is a beautiful Hall and we are all confident of holding a wonderful event there on 2nd September. I also attended meetings of the Events Support Group and the Charitable Trusts Committee. I was very pleased to attend the City of London Freedom Ceremony for our Company Freeman Roger Booth. Despite having to be held virtually, it was a wonderful ceremony, conducted by Murray Craig, Clerk to the Chamberlain’s Court. As always, Murray made it both a stimulating and fun occasion. Congratulations, Roger, on receiving your Freedom of the City of London. We held another Meeting of the Court of Assistants virtually this month and I sincerely hope this will be the last virtual Court meeting for a long time. At the meeting we discussed the funding of a further pupil (our Presentee) at Christ’s Hospital School and agreed that the Company would match fund any amounts pledged by Liverymen, up to a sum of £18,000. This would enable a fund of £36,000 to be made available for our next Presentee. I was also delighted to be able to admit Rosemarie Bird and Daniel Clarkson as Freemen of the Company – a huge welcome to them both. 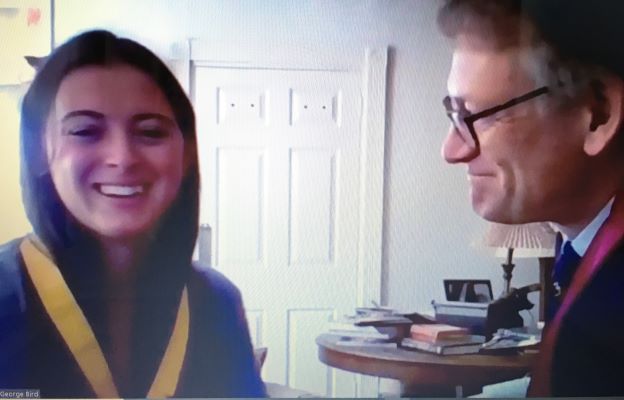 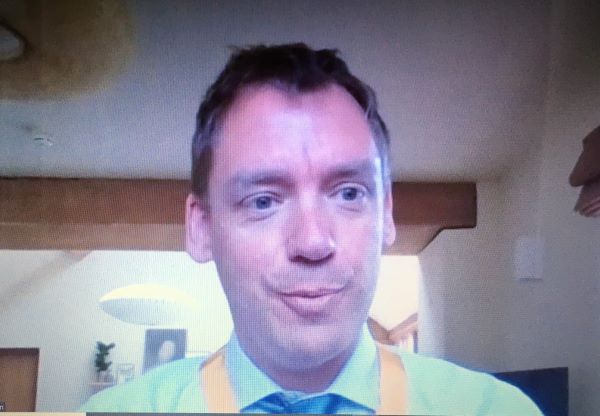 And last, but by no means least, we held our first face to face luncheon on 22nd June at Trinity House. It was a truly wonderful occasion, despite having to socially distance to an extent. The champagne flowed beautifully with much good conversation, excellent food and wine and great fellowship. We thoroughly enjoyed being in each other’s company once more after such a long time. Plans are now well underway for a non-socially distanced Annual Dinner on 5th August at Barber-Surgeons’ Hall. I am looking forward to seeing many of my freinds and colleagues at this wonderful event, which is going to be a very special occasion after such a long period of absence from each other.