It was wonderful to have a full house for the Craft Awards Lunch which was held in the magnificent Library at Trinity House, overlooking the Tower of London, on Thursday 10 March. This is one of the most important events in our calendar when we celebrate the achievements of those in the early stages of their careers as tilers and bricklayers, as sappers with the Royal Engineers or cadets and adult volunteers with the RE affiliated cadet units within Greater London. We also recognise the excellence of those who have achieved Master Craftsman status. 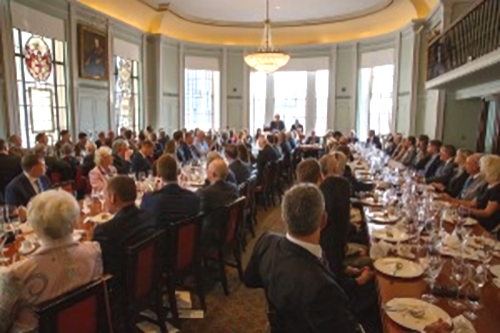 The principal guest at the Lunch was Dr Anna Keay OBE.  Anna is a historian, writer, broadcaster and the Director of the Landmark Trust. The Landmark Trust is one of the UK’s leading building conservation charities. The Trust rescues and restores buildings of architectural or historical interest which might otherwise be lost forever and then makes them available to anyone and everyone for self-catering holidays. By rescuing and restoring these buildings, the Landmark Trust also helps to preserve traditional craft skills. I was delighted to be able to pass on a cheque to Anna from the Company’s Craft Trust to support the work of the Landmark Trust. 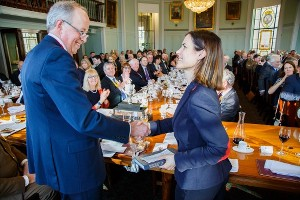 An additional special award was made to Bob Coutts in recognition of services to education. Bob has been teaching, training and mentoring apprentices in the roof slating and tiling since 1975. 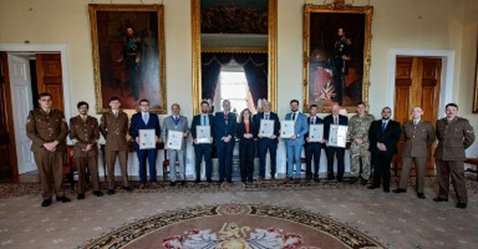 A full report on the Craft Awards Lunch can be found in the events reports on the website.

I announced at my Installation Lunch on 30 September 2021, an appeal to raise £36,600 to fund the cost of sending another young person to Christ’s Hospital School when our current (and second) presentee, Kiyan Rahmann, finishes his time at the School. I am delighted to report that we have achieved the target. I am truly grateful for the support and generosity of so many members. The Court has agreed that the Appeal will remain open until the end of the year and all funds raised in excess of the original target will be invested in a designated fund in the Company Charitable Trust and will be put towards the education of a fourth child at Christ’s Hospital School in the future.

On Monday 14 March, I was delighted to meet Simon Reid, the Headmaster of Christ’s Hospital School, and present a cheque for £36,600. I was accompanied by Past Master Lesley Day, Liveryman Keith Aldis and Freeman Onyinye Udokporo, who was the Company’s first presentee at the School from 2009 to 2016. We were also delighted to meet our current presentee, Kiyan Rahmann. We also had an opportunity to tour the School and watch band practice. 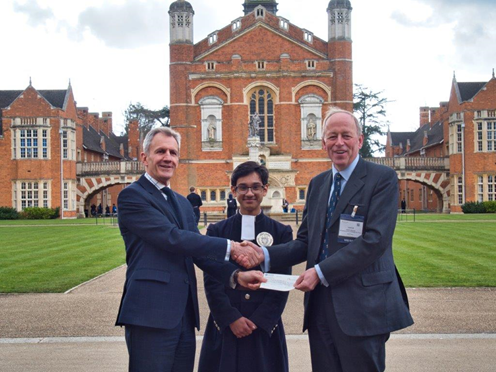 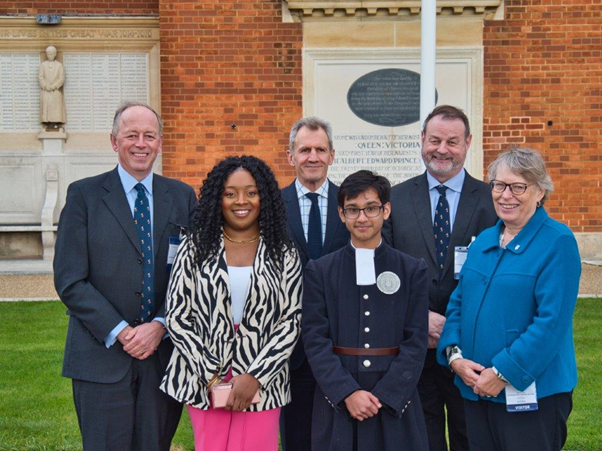