The Triennial Awards 2017 for Brickwork, Roof Slating and Tiling & Wall and Floor Tiling

The Triennial Awards 2017 were presented at the magnificent Grocers' Hall on Thursday 6 July in the presence of Alderman Charles Bowman.

The Awards recognise excellence in the Company’s three crafts. Schemes must be completed in the preceding three year period and lie within the catchment area bounded by the M25 motorway.
Newport Street Gallery, owned by Science Ltd , won the Brickwork Award; New Place, Park Road, Banstead, owned by Mr Tony Dakin won the Roof Slating and Tiling Award; and the Paolozzi Mosaics at Tottenham Court Road Underground Station was awarded the Wall and Floor Tiling Award.
Following the Awards Ceremony, The Master, Wardens, Alderman and all guests moved to the beautiful Main Hall where luncheon was served, with excellent wines as always. There followed a short speech by Alderman Charles Bowman after which the Master closed the proceedings by thanking everyone for their attendance at this prestigious event. He paid special thanks to entrants and to Upper Warden Jeff Fuller and his dedicated team who put so much hard work into the event, ensuring that the Triennial Awards were, once again, a great success.
A more in depth report on this important event in the Tylers and Bricklayers calendar will be published in the Upper Warden's Newsletter for 2017, available on the this website. 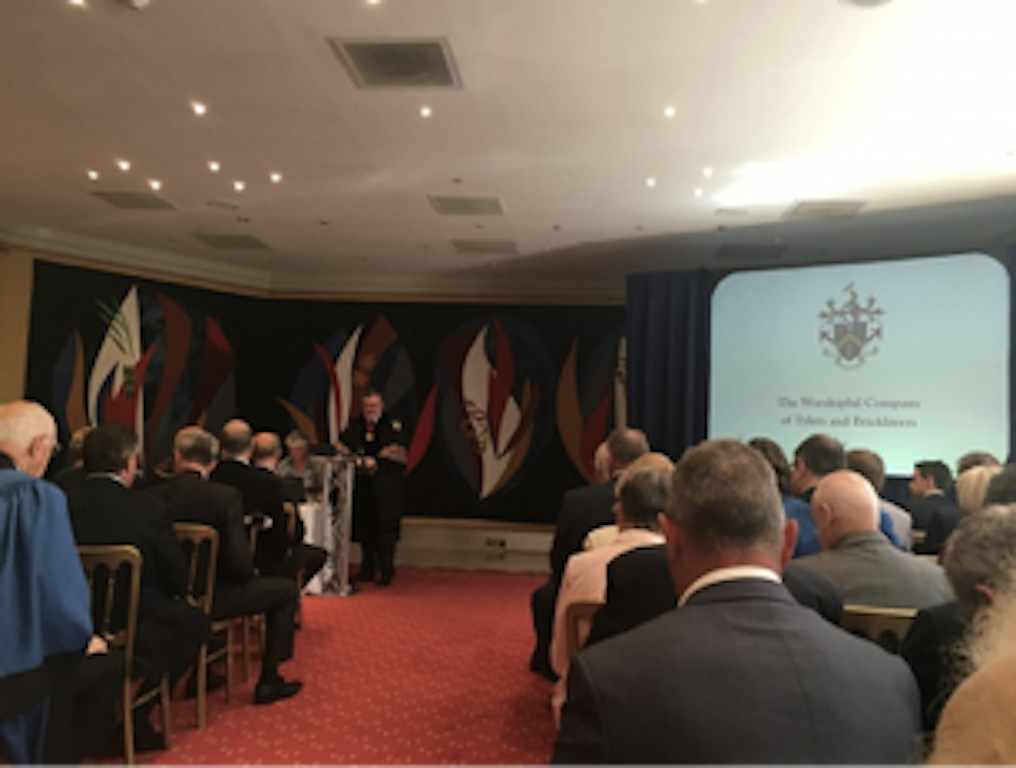