It was a beautiful June afternoon in Hampshire as a very happy group of Tylers and Bricklayers gathered at the historic New Place Hotel to commence the Master's trip to this beautiful part of Southern England. 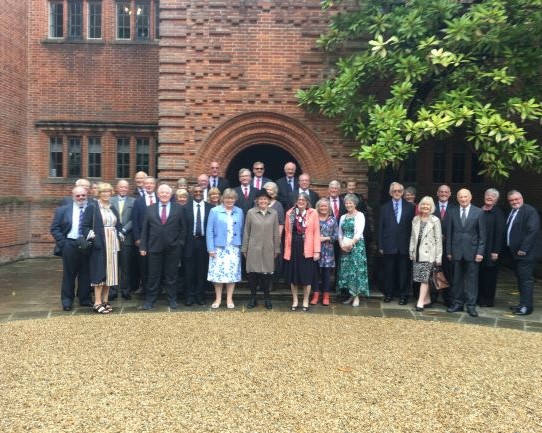 The Master had arranged for all guests to be accommodated at this wonderful hotel, which sits in glorious gardens and has a very interesting history, having been designed by Sir Edward Lutyens, with close connections to the Shakespeare family through the Arden family branch of Shakespeare's mother, Mary Arden. The hotel was particularly interesting for us as Tylers and Bricklayers as it was a magnificent example of brickwork of the early 20th century. 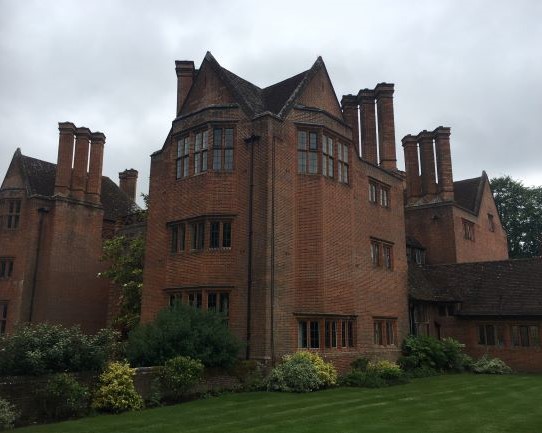 For our first visit, the Master had organised a guided tour of  the historic Fort Nelson in Fareham. This is undoubtedly the best surviving example of a Victorian fortress which has been restored to its original 19th century state, together with parts of its Second World War heritage. The guided tour was fascinating, incorporating some of the over 350 guns on display, from medieval siege machines to modern day superguns, the damp and cold secret tunnels and chambers running under the Fort and the wonderful artwork on display. 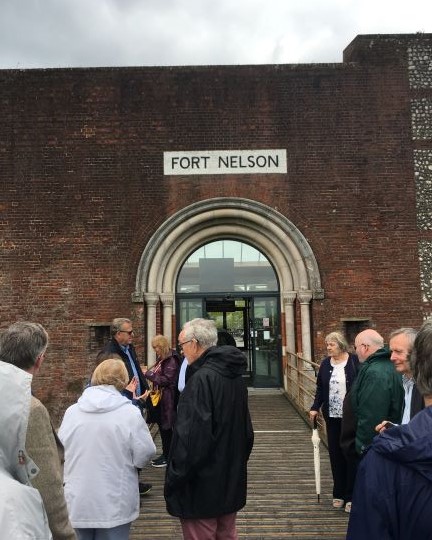 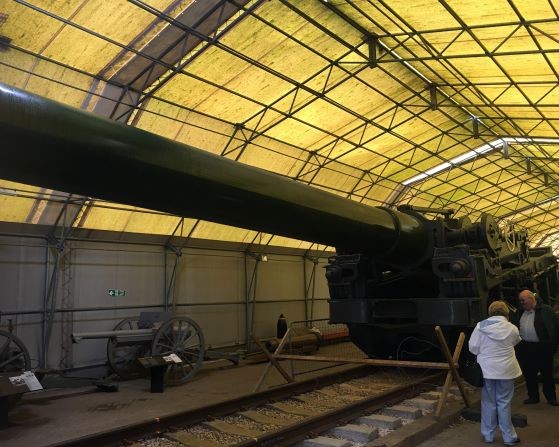 In the evening we enjoyed a wonderful dinner in the hotel, in a private room which gave us a chance to be together as a group, allowing plenty of time for chatting and good camaraderie as always, with plenty of good food and good wine. 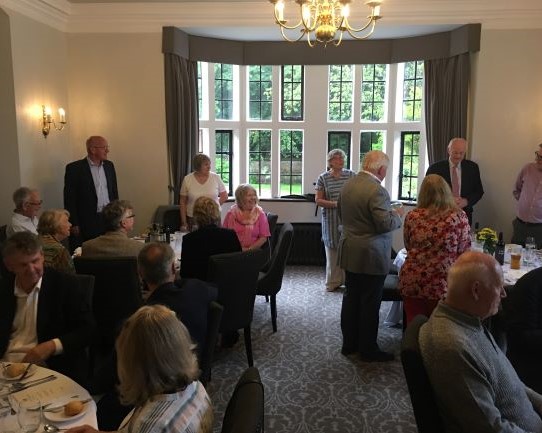 Our second day began with a wonderful breakfast, once again all together in the private room, which had been pre-arranged by the Master. We then visited the amazing Bursledon Brickworks Industrial Museum which is thought to be the last Victorian steam-driven brickworks left in the UK. We were met by Carolyne Haynes, Project Manager and members of the Trustees and were given a fully guided tour which included seeing the steam driven machinery in full swing and being treated to a wonderful lunch. 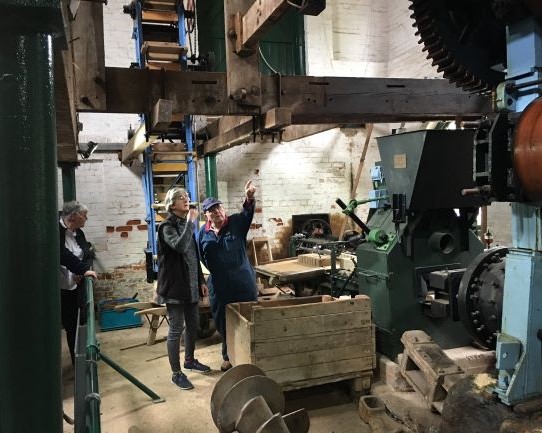 The Brickworks Museum is a recipient of regular grants from the Tylers and Bricklayers Craft Trust and a plaque acknowledging this is proudly displayed on the wall. 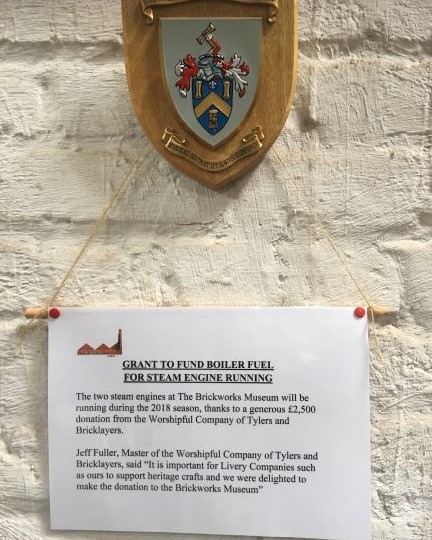 We returned to the hotel for a bit of rest and relaxation after the wonderful tour of the Brickworks Museum.

In the evening we were picked up by coach for the final and most spectacular part of our vist - an evening tour and dinner at the Mary Rose Museum in Portsmouth. The search for and discovery of the Mary Rose was a result of the dedication of one man, the late Alexander McKee. By using sonar scans, the team discovered a strange shape underneath the seabed and the climax came when a diver found three of the port frames of the Mary Rose on the 5th May 1971. A committee of marine experts was set up to consider many different methods of raising the hull and on 11th October 1982 the world watched as the Mary Rose was raised from the seabed where she had been lying for the past 436 years, a magnificent feat and a delightful scene. 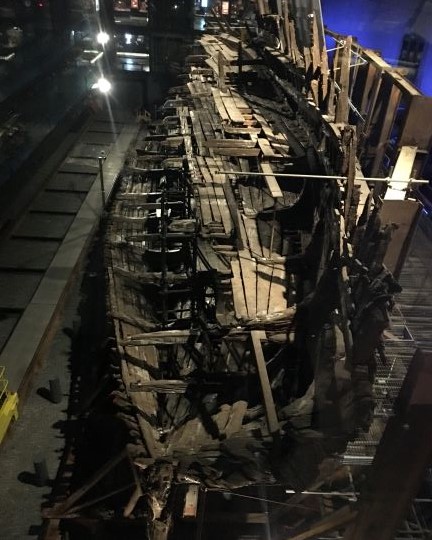 We were greeted with a glass of champagne and taken on an interesting tour by experienced guides who managed to answer all of our many questions. Many of the artefacts that were salvaged from the Mary Rose were exhibited alongside the ship. Our guided tour only lasted one hour, and we all agreed that we could have spent a whole day looking round the amazing place.

We then had a splendid dinner up high in the Museum on a long table looking down on the Mary Rose. This was a very special place to eat and everyone had a wonderful time, eating the excellent food and drinking the great wines. 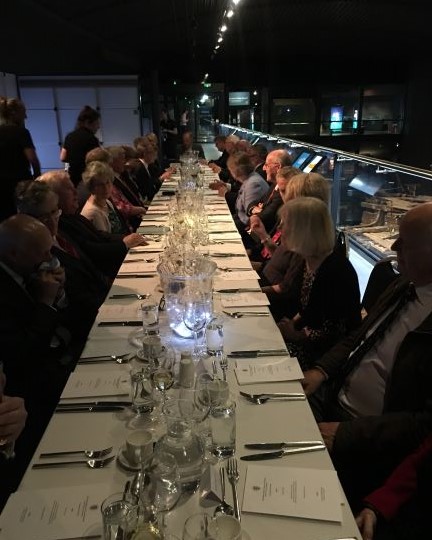 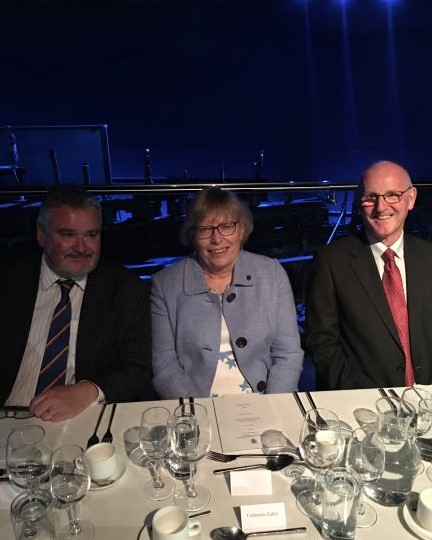 After breakfast the next morning it was time for everyone to make their way home after a truly wonderful trip.Everybody commented on how they had had a wonderful few days in Hampshire, and huge and heartfelt thanks must go to the Master and Consort for their hard work and generosity in arranging this fantastic trip.