As the Master, Simon Martin, has already expressed in his June 2022 letter to members, it was a joy to be “able to pay our own tribute and mark Her Majesty the Queen’s remarkable 70 years of selfless and dedicated service to the nation” at the Masters and Clerks lunch held at the majestic Armourers’ Hall.

The Armourers and Brasiers’ Company has occupied their site at 81 Coleman Street since 1346. By 1835 the building was costing more to maintain than it was thought to be worth and the Court decided to rebuild. the New Hall, first occupied in 1841, was designed by Joseph Henry Good, the Company’s surveyor.

Once The Master, Wardens, the principal guest, Hugo Vickers, the Clerk and the Chaplain processed into the Hall accompanied by Honorary Freeman, Richard Townend playing “Zadok the Priest” on the piano 85 of us sat down to a delicious look lunch with a Royal theme. 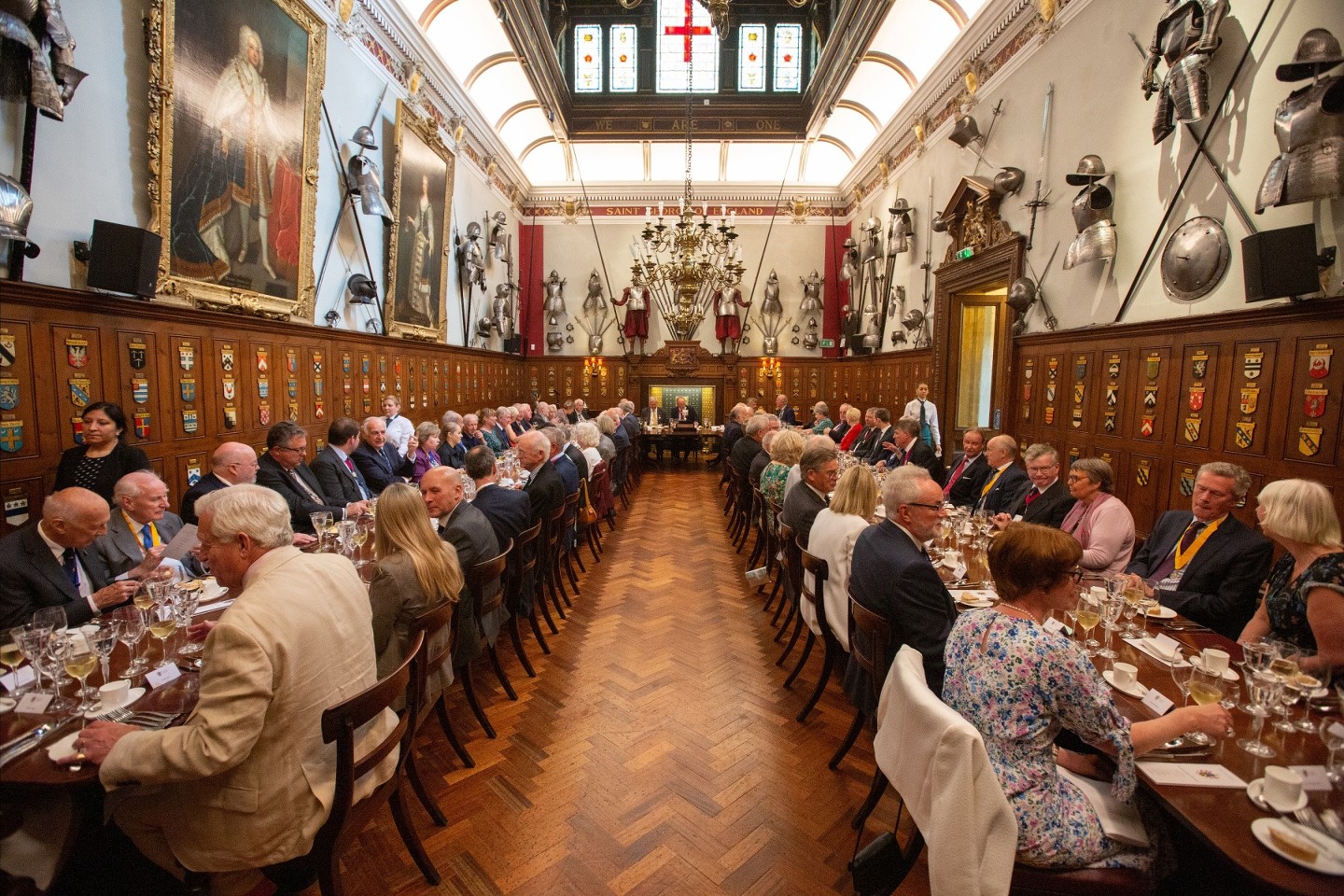 The assembled company and guests

The menu consisted of the following:

The starter was Salmon and Sole Balmoral with a champagne sauce.

The theme continued with a pudding of The Queens Duo of Chocolate Perfection Pie, ATS Camberley Custard and Sandringham Estate Honey Ice Cream.

The meal was rounded off with “3 Cheers for Her Majesty”, Windsor Red Cheese, Castle of May Biscuit and, most importantly, Dubonnet Jelly. 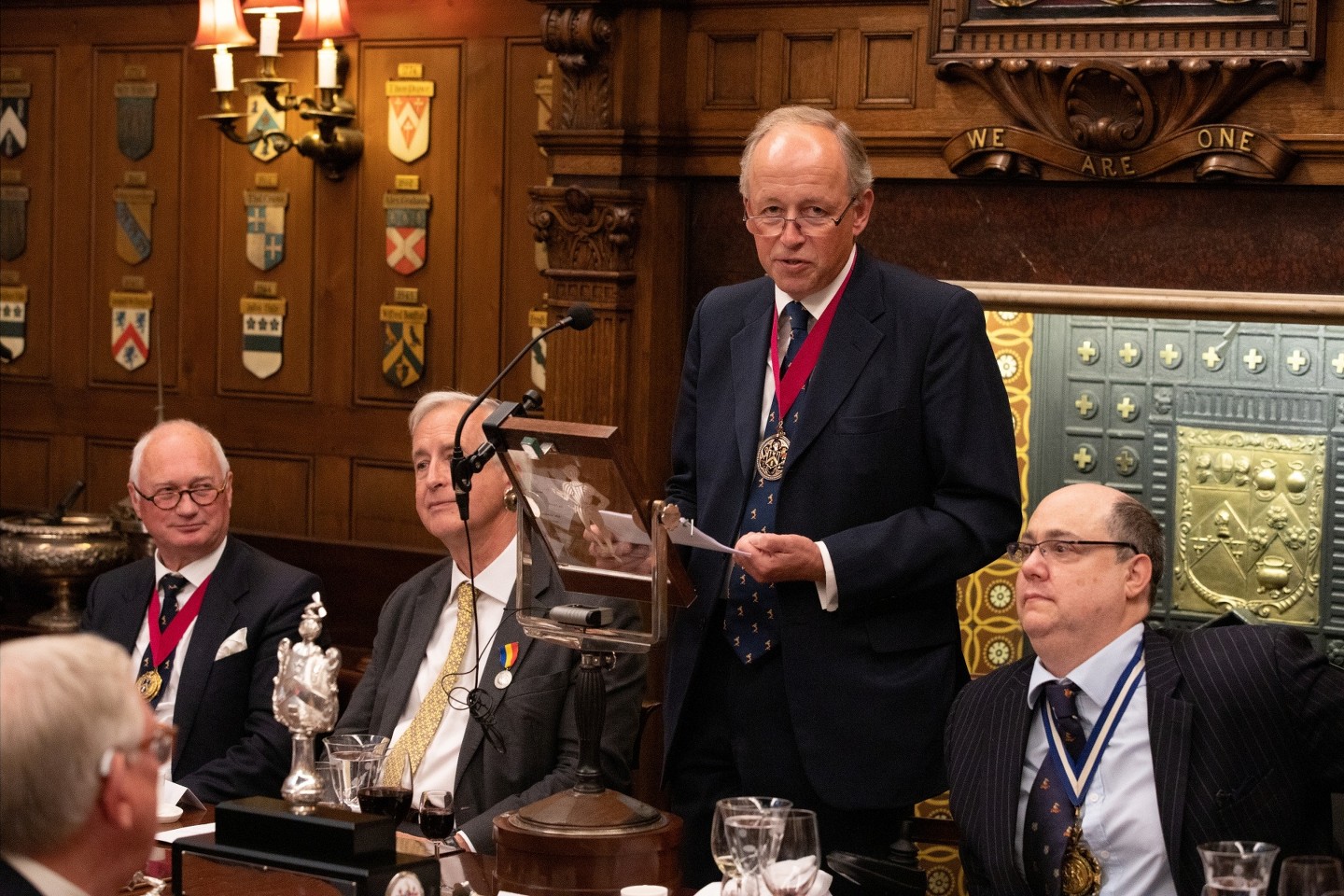 The Toasts that ensued were as follows:

The Response was given by Hugo Vickers, the renowned writer, broadcaster and royal biographer.

Hugo gave a very interesting summary of the many achievements and milestones of Her Majesty during her 70 years as Monarch and they are numerous. This interjected with anecdotes which included Winston Churchill’s comment on the Queen coming to the throne and the ironic lesson from Phillipians 4:8 read by Boris Johnson at the Platinum Jubilee Thanksgiving Service. He gave the example of how the Queen is very much seen as a conciliator when Martin McGuiness was present at a State Dinner. The anecdote that probably received the most laughs was when Hugo regaled the story of when the Queen was with a faithful member of staff and they came across two American walkers whilst up at Balmoral. The story is too long to retell here but suffice to say that the Queen was not recognised by the walkers one of which persuaded her to take a picture of himself with the member of staff!

This rounded off what was a very memorable lunch.